Protesters blocked traffic while marching on I-95 in Prince William County, Virginia, Friday evening before state police broke up the demonstration and made multiple arrests, authorities said.

According to the police, the group of 75 protesters entered the highway from Exit 152 near Dumfries around 7 p.m. and began marching north on I-95, stopping all traffic in the process.

Eventually, police said, the protesters consolidated onto the Express Lanes and marched south, blocking the traffic in that direction.

State police met the protesters in the Express Lanes and ordered them to move to the left side of the interstate and out of traffic for safety reasons, the authorities said.

Police said that because pedestrians aren’t allowed on the interstate due to its effect on traffic, the crowd was an unlawful assembly and were at risk for being arrested.

Protesters didn’t disperse until the police moved in to being making arrests, per the police.

Several protesters ran across the highway and into the woods, the police said, and were neither hit by traffic or pursued by authorities.

According to the police, state police made 43 charges that included unlawful assembly, obstructing free passage of others and obstruction of justice.

Police said 4 juveniles were arrested among the protesters, but were released on a summons to a guardian.

Highway demonstration in the downpour. All northbound traffic on I-95 stopped between Dumfries and Dale City! pic.twitter.com/eWWlfZheew

State police said all protesters were cleared from the interstate by 8:30 p.m.

The protesters were demonstrating in response to the police-custody death of George Floyd in Minneapolis on March 25. 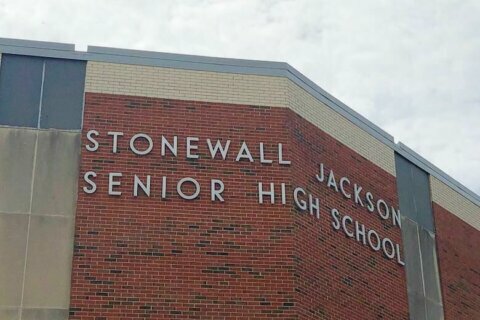