A Warrenton man faces several charges, including involuntary manslaughter, after fleeing the scene of a fatal crash on Monday. Alcohol and speed were factors in the crash, police said.

WASHINGTON — A Warrenton, Virginia, man faces several charges, including involuntary manslaughter, after fleeing the scene of a fatal, single-vehicle crash on Monday. Alcohol and speed may have contributed to the crash, police said.

Vincente Martir Vides Vasquez, 21, was driving a Toyota 4-Runner northbound on James Madison Highway near Thoroughfare Road when he lost control of the car, which left the road and rolled, according to Prince William County police.

A back seat passenger died after being ejected from the car. Jose Nelvin Romero Maldonado, 38, of Warrenton, was not wearing a seat belt and died at the scene of the crash. The front seat passenger, a 30-year-old man also from Warrenton, survived the crash with minor injuries, police said. He was treated at the hospital and released.

Police used K-9 units and heat-seeking helicopters to locate Vides Vasquez after he fled the scene. He was found shortly after 1 p.m. Monday by Fauquier County police, walking along a road.

Vides Vasquez is charged with involuntary manslaughter, hit and run causing death and driving without a license.

Police said the men knew each other but it is unclear what their relationship with each other was.

Vasquez is being held without bond and goes to court March 20. 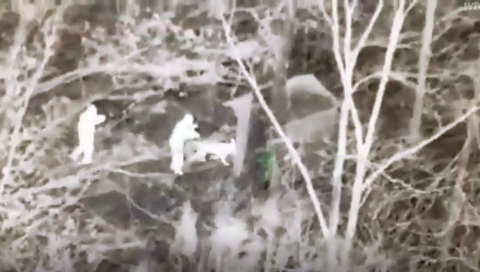 Loud noises, vibrations possible near Quantico during base training