RICHMOND, Va. — Virginia’s new House of Delegates that was sworn in Wednesday is more heavily female, younger and more diverse than in the past, including Prince William County Del. Danica Roem, the first openly transgender state lawmaker in Virginia history.

Among the 19 new delegates, Richmond-area Del. Dawn Adams is the first openly lesbian delegate in Virginia.

Democrats picked up 15 seats on Nov. 7, cutting the Republican majority to 51-49.

Shortly after she was sworn in, Roem said there is much to get done.

“I have a lot of work to do on behalf of the people of the 13th District: to finally fix [Virginia State] Route 28, to just deal with all the [Freedom of Information Act] bills I’m putting in, executing the utility bills, and just making sure that government’s operating with a lot more accountability and transparency,” Roem said.

The new delegate hopes that “LGBTQ kids everywhere” know that they can succeed regardless of who they are, and that “if they follow the words of St. Francis de Sales, to be who you are and be that well, you can achieve incredible things here.”

“I am humbled and honored beyond words,” Roem added.

With a session that only lasts 60 days, legislators have a lot of work ahead, in addition to the state budget. Roem is aware of the workload, but said this is what she signed up for.

“Campaigning has its pros and cons. I love doing policy work. I love constituent service,” she said. “Those are two things that get me actually excited for the job. I’m like: ‘Yes! I get to do this stuff.’”

Roem has already submitted eight bills and two resolutions, including two bills tied to transportation. Tuesday, she spoke with outgoing Transportation Secretary Aubrey Layne about tolls on Interstate 66 inside the Capital Beltway, in what she described as a “cordial and, at the same time, very frank discussion” about the real-life impacts on some commuters in her district.

“I wanted to make sure that I was being the voice of people of the 13th District by telling their stories to the very people who are in charge of executing policy,” Roem said.

“And I think that’s extremely important to make sure that, as a reporter who is now a delegate, that I continue my work of telling the stories of the people of Prince William County and the City of Manassas Park.” 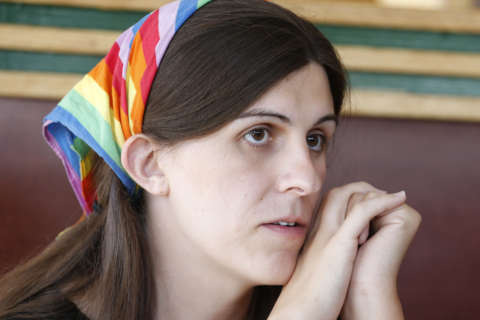 Danica Roem: ‘I can’t make a case for the highest toll in the nation’

Danica Roem gets to work on fulfilling campaign pledge: Route 28