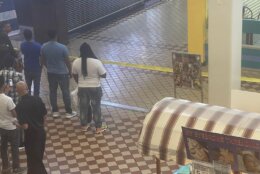 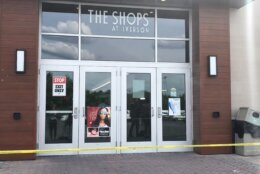 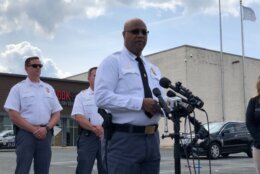 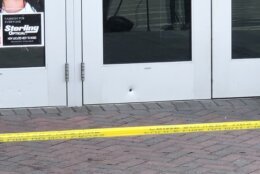 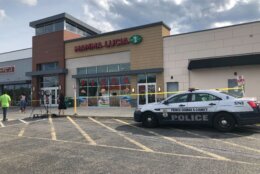 Three people are injured and two suspects sought after a shooting at the Iverson Mall in Prince George’s County, Maryland, on Friday afternoon.

Prince George’s County Police Chief Malik Aziz said shots rang out around 12:45 p.m. Friday following what he described as “some sort of verbal exchange” that took place between the suspects and the three victims at the mall’s entrance, located near Branch Avenue and Iverson Street.

Investigators believe the two male suspects were leaving when one of them turned around and fired several shots at the group. Of the three injured, one man is in critical condition and two women are seriously injured, Aziz said. All are adults.

Two on-duty officers assigned to provide security at the mall assisted the victims with first aid, Aziz said. An off-duty officer visiting the mall at the time of the shooting also came to help.

Witnesses told police the suspects fled the scene in an unknown direction. Aziz said law enforcement are still working to determine whether they left on foot or by vehicle.

“Investigators at Oxon Hill Division Four are working diligently to put their statements together so we can locate these individuals who openly did a brazen act in public with reckless disregard for who they may have injured,” Aziz said at a news briefing. “We must address these senseless acts of gun violence by any means.”