Police: Suspect shot with own gun during arrest in Prince George’s Co.

A suspect was shot with his own gun during a traffic stop that escalated and led to an arrest in Chillum, Maryland, according to police.
Listen now to WTOP News WTOP.com | Alexa | Google Home | WTOP App | 103.5 FM

A suspect was shot with his own gun during a traffic stop that escalated and led to an arrest in Chillum, Maryland, according to police.

Prince George’s County police said around 12 a.m. on Sunday, a patrol officer attempted to make a traffic stop in the 6000 block of Riggs Road.

A passenger attempted to exit the car, and officers said he was reaching in his waistband. The officers told the man to stay in the car, but he reportedly did not listen and a struggle broke out between an officer and the suspect.

During this struggle, a firearm that the suspect was carrying discharged, striking him in the lower body.

The officer was also injured in the struggle, and both the officer and suspect were taken to the hospital for their injuries. Both have since been released.

The suspect was taken into custody and his firearm was recovered from the scene. 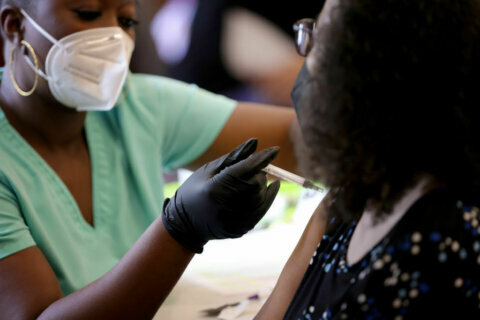