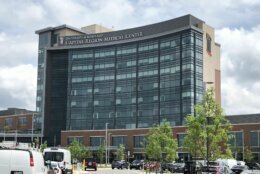 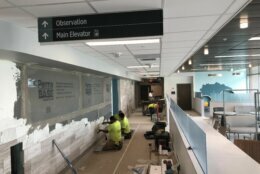 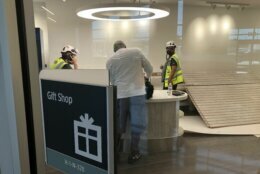 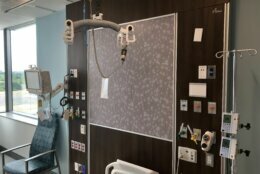 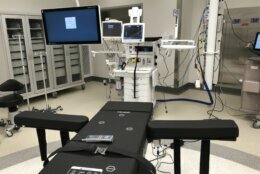 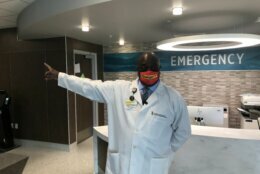 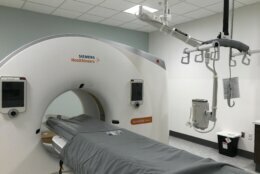 A behind-the-scenes peek at the new University of Maryland Capital Region Medical Center reveals a facility that aims to respond to community needs and expand opportunities for care and learning.

The new facility in Largo, Maryland, will open June 12 and assume duties of the University of Maryland Prince George’s County Medical Center in Cheverly, Maryland.

The new facility will handle an estimated 3,700 trauma cases a year to assume the role of being the second busiest trauma center in the state, after Baltimore’s R Adams Cowley Shock Trauma Center.

While acknowledging that an upgrade in care was needed for Prince George’s County, Wright noted that the new facility will serve all of southern Maryland and have new partnerships.

“The organization has become part of a larger system across the state of Maryland … this facility becomes part of the other 12 hospitals that constitute the University of Maryland Medical System,” Wright said.

“That brings with it an upgrade of technology and all of the systems we need to practice 21st century medicine and brings us into alignment with the state of the art,” he said. “It’s just a total upgrade and much needed for this county.”

Responding to community input and preferences, the Women’s and Infant Health floor includes a birthing tub.

“There is a pretty significant doula complement in our community and the desire to have a either a water birth or a water labor experience is something we heard and have accommodated,” he said.

Two helicopter landing pads include one large enough to accommodate Marine One, the presidential helicopter. The landing zone has direct elevator access to the trauma department.

There are five beds dedicated to children in the emergency room.

“A new part of our emergency services,” Wright said of the beds for children. “An upgrade – folks don’t always have to go downtown to have their kids seen.”

New efficiencies include a pneumatic tube system to transfer items such as medicine, paperwork and lab samples. “We don’t have to have runners,” Wright said.

Residents and fellows at the University of Maryland School of Medicine can train at any of the university’s medical system facilities in focus areas that include family or internal medicine or other specialties.

Completing the vision for the medical center in Largo has been a long time coming.

The new facility will open almost exactly 10 years after the July 20, 2011 Memorandum Of Understanding agreement was signed by the state, Prince George’s County and the University of Maryland Medical System.