A Largo, Maryland, baker has received an influx of orders after a viral tweet asking to spread the word about her small business.
Listen now to WTOP News WTOP.com | Alexa | Google Home | WTOP App | 103.5 FM
(1/4) 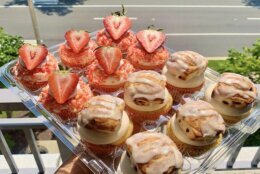 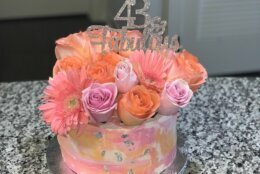 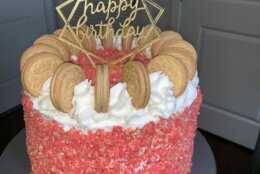 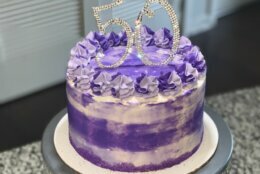 Taylor Hampton doesn’t yet have a website for her baking business Simply Sweet Treats, but the Largo, Maryland, baker has seen her business soar after one of her recent tweets went viral.

Hampton turned to social media about a year ago to advertise a “Moana”-themed cake she crafted, hoping to gain a few new followers and boost sales. A tweet highlighting that cake received a few hundred retweets.

She was hoping for the same result when she tweeted an image of cupcakes suggesting “it costs $0.00 to retweet and help me get exposure.” But this time around, the July 26 tweet secured more than 100,000 retweets and more than 120,000 likes and resulted in an influx of orders.

It costs $0.00 to retweet and help me get exposure. I am a baker in P.G county MD but I do offer delivery. I have tons of flavors combos and more coming soon. I do cakes, cupcakes, cookies and more! These are my strawberry crunch and cinnamon bun swirl cupcakes. pic.twitter.com/6cgO0e8zlW

“I just wanted a couple of people to share it, maybe get some followers, some orders, and I definitely did, but I got way more than I expected,” Hampton told WTOP.

She thinks social media awareness about supporting Black-owned businesses and local businesses may have helped her tweet go viral.

“I think me being a small business, and a woman and Black-owned business, it drew people to me,” Hampton said, “because we’re in a time where everyone wants to support a Black business or a local business. I think that’s what helped the most, that’s what drew in the customers, beside the pretty cupcakes.”

Hampton started baking for family members as a hobby when she was in high school. While many of her relatives are excellent cooks, she said few had an interest in baking.

About two years ago, Hampton started taking orders for non-relatives. She baked cupcakes for different events and made an Instagram account to help her stay organized.

“It’s different hearing it from your family, because sometimes they just tell you things like, ‘Oh, it’s good!’ because they’re your family, that’s what they’re supposed to do,” Hampton said. “But when a stranger tells you your stuff is good, it just makes you feel a different kind of way.”

Originally, Hampton kept her menu simple, offering desserts like cupcakes. But shortly thereafter, she made a Mickey Mouse fondant cake for a first birthday party. Then, she expanded her menu.

Hampton, who prepares and bakes orders herself, now offers specialty cupcakes, cookies, brownies and cake pops, among other things.

Her Instagram account went from 400 followers to more than 5,000. She is baking every day and is booked two weeks in advance.

“It’s all been so surreal,” Hampton said. “I’m still taking it in.”

Hampton said while the number of orders increased after the social post, she also received inquiries from aspiring bakers and out-of-state foodies who wanted to help support her business.

Now that she’s receiving hundreds of messages across several social media platforms, Hampton’s aunt is helping her handle various inquiries. Her website is expected to go live in the coming days, and while many are searching for new professional opportunities, she is looking for a new fridge to accommodate her growing orders.