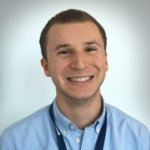 A woman is dead and a man is in the hospital after he lost control of his car on the Baltimore-Washington Parkway late Sunday in Maryland.
Listen now to WTOP News WTOP.com | Alexa | Google Home | WTOP App | 103.5 FM

A woman is dead and a man is in the hospital after he lost control of his car on the Baltimore-Washington Parkway late Sunday in Maryland.

U.S. Park Police said the car exited the BW Parkway and crashed into a tree in the woods to the side of the road.

Photos from the scene showed the car wrapped partially around the tree and totally destroyed.

Rescue Squad 49 and Ambulance 49C on scene for the vehicle into a tree. One patient extricated and flown to a local trauma center. pic.twitter.com/SCOOipGEeo

Police suspect that alcohol played a role in the crash.

A woman who was riding in the passenger seat was pronounced dead on the scene.

The man driving the car was extricated from the mangled vehicle and flown by rescue helicopter to a nearby hospital with serious injuries. He is in stable condition.