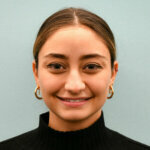 A Virginia woman has died after striking a house in what police said began as an attempt to evade law enforcement during a traffic stop early Monday.
Listen now to WTOP News WTOP.com | Alexa | Google Home | WTOP App | 103.5 FM

A woman has died in University Park, Maryland, after striking a house in what police said began as an attempt to evade law enforcement during a traffic stop early Monday.

Around 12:30 a.m., police said officers were in the area of Adelphi Road and Van Buren Street when they noticed a driver in a red SUV who seemed to not be wearing a seat belt.

They attempted a traffic stop, and the driver of the SUV came to a brief stop. But when officers got out of their vehicle and walked toward the SUV, police said, Sorto then drove off.

There wasn’t a pursuit, police said, because Sorto had driven out of sight of the officers. But they did canvass the immediate area in search for the SUV.

Minutes later, officers found the SUV overturned in a front yard in the 7100 block of College Heights Drive, police said. A male passenger was standing outside of the car, but Sorto was still inside. She was pronounced dead at the scene.

The passenger was taken to a hospital with minor injuries. No one in the house was injured.

Police said they are still investigating, and are working to figure out whether alcohol or drugs were a factor.

WTOP’s Melissa Howell reported a tow truck was on scene at 5:30 a.m., removing the SUV from the side of the building:

Anyone with information about this crash can call the Collision Analysis and Reconstruction Unit at 301-731-4422 or submit a tip online.