Police say a woman was killed when her car was struck by a pickup truck driving the wrong way on the Capital Beltway in a head-on crash that left the Beltway's Inner Loop closed for several hours.
Listen now to WTOP News WTOP.com | Alexa | Google Home | WTOP App | 103.5 FM

Police say a woman was killed when her car was struck by a pickup truck driving the wrong way on the Capital Beltway in a head-on crash that left the Beltway’s Inner Loop closed for several hours.

Ronet Aching, 22, of Upper Marlboro, Maryland, was pronounced dead at the scene.

The crash happened on the Inner Loop before Md. 295 around 6 a.m., the Prince George’s County Fire Department’s press office tweeted.

Aching was the driver and sole occupant of a Nissan Xterra traveling on the Inner Loop, north of Route 450 in Lanham when the crash occurred, Maryland State police said.

The preliminary investigation indicates a Ford F150, was traveling northbound in the southbound lanes on I-495 when the driver struck the Nissan Xterra head-on. The driver and sole occupant of the Ford F150 has not been identified.

Police expect to bring charges against the truck’s driver, who was taken to the hospital with life-threatening injuries. Police believe alcohol was a factor in the crash.

A photo tweeted by WTOP’s John Domen showed the aftermath:

Awful looking crash this morning closes the Inner Loop of the beltway just before 450. Appears truck and SUV struck head on. Front of that SUV is badly crushed in. More info as we get it @WTOP and @WTOPtraffic pic.twitter.com/Q8KnpmdFmd

“This wreck is as bad looking as any that I’ve seen,” Domen said, describing the front half of the SUV involved as “totally smashed in.”

The crash led to an extended closure from the Baltimore-Washington Parkway, Exit 22 to Md. 450, Exit 20 for Annapolis Road from around 6 a.m. to just before 10 a.m.

Frustrated drivers stuck between the BW Parkway and the site of the crash were initially seen turning themselves around, with police direction absent.

At 8 a.m., two hours into the closure, state highway officials began helping those drivers move slowly down the left side past the crash.

Below is a map of the area. For the latest road and traffic conditions, see WTOP’s traffic page. 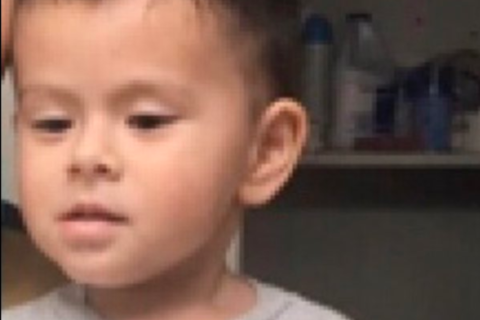