"If you're not a person engaged in gang activity or violent crime, you have nothing to worry about," said Prince George's County Executive Angela Alsobrooks.
Listen now to WTOP News WTOP.com | Alexa | Google Home | WTOP App | 103.5 FM

Amid President Donald Trump’s warning of a potential nationwide immigration enforcement sweep, Prince George’s County, Maryland, is spelling out the extent of its willingness to cooperate with U.S. Immigration and Customs Enforcement.

The county’s new written policy reaffirms that the county will not assist ICE in any noncriminal, civil deportation cases.

County officials said the only two elements that will trigger county cooperation with ICE are individuals targeted for federal immigration enforcement who are involved in either gangs or violence.

“In the case of an individual who has been charged with or convicted of a gang-related crime or a crime of violence: in that instance, when the person is released from our department of corrections, we will simply notify ICE of the person’s release, and that’s only in the case of a person who’s been either charged with or convicted of a gang-related offense or a violent offense,” said Prince George’s County Executive Angela Alsobrooks.

The policy follows an incident last month in which a teenager who had been charged with violent crimes was released by the county’s Department of Corrections, despite a detainer by ICE. Within weeks, the teen was charged with the murder of a 14-year-old Anne Arundel County girl.

But, when federal immigration authorities are seeking custody of an individual not involved with gangs or violence, county officials are making it clear that the county will not assist.

Prince George’s County hopes to ease fears in immigrant communities and bolster trust by specifying the limits of its cooperation with federal immigration enforcement.

“I do not want any person living in Prince George’s County to feel under siege,” Alsobrooks said. “If you’re not a person engaged in gang activity or violent crime, you have nothing to worry about.” 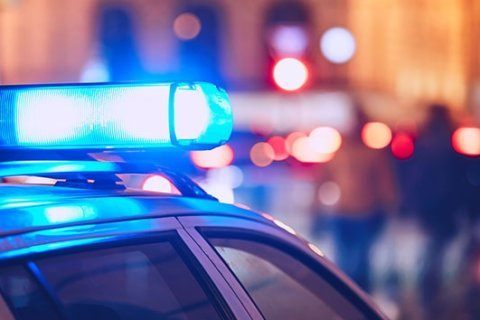 AP Explains: What happens when migrants arrive at US border