‘It felt like fate’: Maryland music teacher takes her trivia talent to ‘Jeopardy!’

From the classroom to the national stage, a music teacher from Bowie, Maryland, got a chance to compete on "Jeopardy!" recently.
Listen now to WTOP News WTOP.com | Alexa | Google Home | WTOP App | 103.5 FM
(1/4) 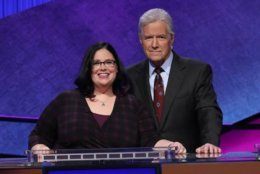 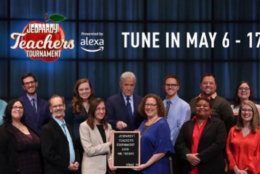 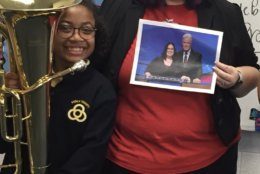 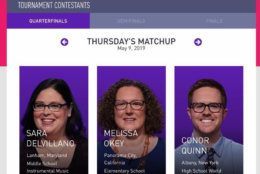 From the classroom to the national stage, a music teacher from Bowie, Maryland, got a chance to compete on “Jeopardy!” recently.

“I’m beyond excited,” said Sara DelVillano. “It’s the opportunity of a lifetime.”

DelVillano is a music teacher at Holy Trinity Episcopal Day School and lately, she’s been preparing for more than just a day in the classroom: She’s been brushing up on her trivia skills for “Jeopardy!,” a dream she’s had since she began watching the quiz show with her grandparents as a child.

“I’ve been doing pub trivia since I was 15 years old, and we had a little team that would meet in the library and compete against other schools in the nation,” she said.

DelVillano recently flew to Los Angeles to compete against other educators in the Teachers Tournament episode, which will air Thursday.

She said she wasn’t nervous stepping onto the stage. “I just kind of had to wait my whole life for it, then it finally happened, and it felt like being where I should be. It felt like fate,” DelVillano said.

But, the best part of all, she said, is watching her middle school students fill with excitement and help her prepare for the big day.

“They wrote me Post-it notes and left them all around my classroom with information they were learning about. The pursuit of knowledge, to display how important that is, has been the main thing for me,” DelVillano said.

The Texas Roadhouse in Bowie will host a watch party Thursday and will also be giving a percentage of the sales to the music program at Holy Trinity.

DelVillano said she thinks folks will be on the edge of their seats watching the Teachers Tournament episode Thursday night at 7:30 p.m. on ABC.