You see, there are four kids and a mom who have been in despair, and this is something the police officers and firefighters wanted to help repair.
Listen now to WTOP News WTOP.com | Alexa | Google Home | WTOP App | 103.5 FM

There wasn’t a fire to put out nor an arrest to be made; there were, instead, presents to be loaded so some Christmas spirits don’t fade.

You see, there are four kids and a mom who have been in despair, and this is something the police officers and firefighters wanted to help repair.

The mom, Sophia Chestang, has fought cancer and three strokes recently, all of this while raising her young family.

“She’s a remarkable person; she is trying so hard,” said Lt. Krauss, who was planning to catch the family off guard. 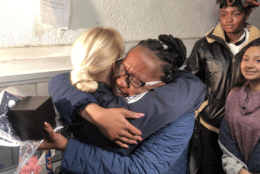 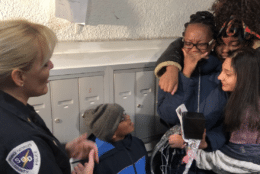 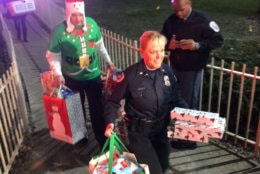 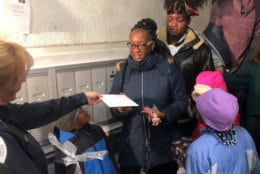 With police cars and fire trucks loaded like Santa’s sleigh, the first responders left the fire house prepared to make the mother’s day.

Red and blue lights lit up the night sky, as the motorcade moved through the streets, oh, how did they fly.

The first responders arrived at the apartment — lights flashing — with firetrucks and police cars filled with gifts for the mother and her children. @WTOP pic.twitter.com/gHdbuzDOro

In Chestang’s apartment, through the window there were flashes of light, so she grabbed up her kids to head into the night.

When she opened her door, what did appear? A line of first responders with hands full of Christmas cheer!

Some carried bags full of food, others had wrapped gifts in tow; two officers carried a couch in and asked the family, “Where should this go?”

Chestang’s eyes filled with tears, overwhelmed by the sight. Her children’s eyes lit up like stars as they jumped with delight.

Little did Chestang know that the best hadn’t come yet. What was in a little black box is what she wouldn’t forget.

You see, her health issues had left her behind in the rent. Inside the box was money, which would be well-spent.

Krauss said, “Sophia, we’ve raised enough money to pay all your back rent.” The cash in the box covered every last cent.

An amazing story tonight: A Prince George’s county single mom of 4 who survived 3 strokes and beat cancer all while caring for her kids is surprised by @PGPDNews and @PGFDNews at her apartment on Christmas Eve. @WTOP pic.twitter.com/VuEfJWL32V

Chestang started to cry, as she gave Krauss an affectionate embrace. There were smiles abound, on every face.

“A caravan of love” is what Chestang called the Christmas miracle that happened this night — how so many came together to help her out of her plight.

“Merry Christmas” and “thank you,” the family said to those who pulled off this feat, a kindhearted gesture, which will help them get back on their feet.

The seeds for a brighter future for Chestang’s family the first responders have sown. Chestang said, “It lets me know that I’m not alone.”

Once the fire trucks and police cars were unloaded, the crews headed back into the night, to serve the community so that every one could sleep tight. Trump tells boy that believing in Santa at 7 is ‘marginal’ 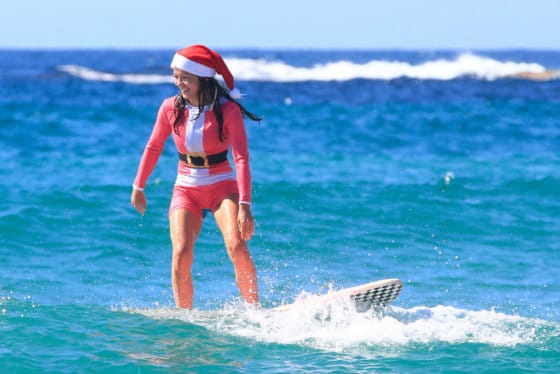 PHOTOS: Christmas around the world in 2018

Here’s a look at how the world celebrated Christmas.