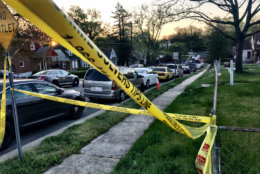 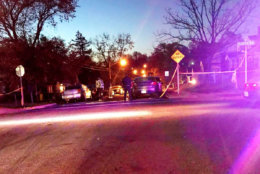 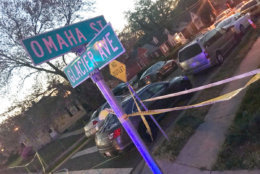 CAPITOL HEIGHTS, Md. — Two people are dead after a shooting in Capitol Heights, Maryland, early Wednesday, and police have now identified the victims.

Officers found Dan Leake, 64, and Wilhelmina Leake, 62, dead in their home in the 4700 block of Omaha Street, and they had each been shot several times, Prince George’s County police said.

Police responded to a report of the shooting around 3:05 a.m.

“We got a call from the individuals who found the man and woman,” said Cpl. Lamar Robinson.

Investigators do not believe the couple’s shooting was random, police said in a statement.

They added that they have no information on any suspect or motive yet, and have not ruled out the possibility of a murder-suicide.

A flatbed truck removed a car with D.C. license plates from the scene shortly before 6 a.m.

“Investigators are trying to comb through all the evidence they possibly can,” Robinson said.

See a map of where the shooting happened below.