WASHINGTON — Following a string of sex abuse scandals and a grade-fixing investigation within Prince George’s County Public Schools, candidates for county executive are calling for the firing of the school system’s CEO.

“Mr. Baker and I have worked very well together over the last seven years … but this is one issue that we disagree on,” Alsobrooks said in her statement, which comes after the revelation of “unauthorized” pay raises made to some top-level school employees under Maxwell’s tenure.

In her Thursday statement, county executive candidate Donna Edwards called out Alsobrooks on her recent stance on Maxwell.

“Real leaders lead. Was it the loss of $6 million/year in Head Start funding that put you over the top? Or the grade fixing? Or the unethical contributions? Or the 12 [percent] pay raises? Or the $450k CEO contract? Or that PGCPS is still 23 of 24 school systems in MD? Or your polling?” Edwards said.

She said the call for Maxwell’s firing has gone on for months, and that her stance on Maxwell has “remained consistent” even before her official run for county executive.

State Senator Anthony Muse, who is running for county executive as well, also criticized Alsobrooks in his Thursday statement, saying, “It is good the State’s Attorney has finally realized that the Public Schools CEO has to resign. I have been calling for this resignation since 2016 and long before this was political.”

In February, Gov. Larry Hogan also called on County Executive Baker to fire Maxwell, a day after the Maryland State Board of Education voted for Prince George’s County’s schools to be monitored. Prince George’s Co. schools chief hits back at governor’s call for his dismissal 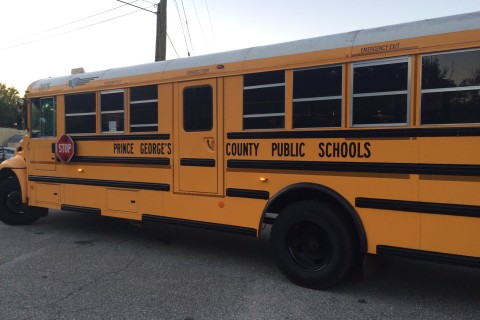