Prince George's County police identified the officer who was shot and killed on Wednesday as Cpl. Mujahid Ramzziddin. Police said Ramzziddin was off-duty but was killed "while stepping in to protect a woman in a domestic situation."
Listen now to WTOP News WTOP.com | Alexa | Google Home | WTOP App | 103.5 FM
(1/12) 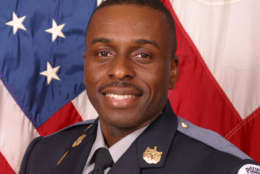 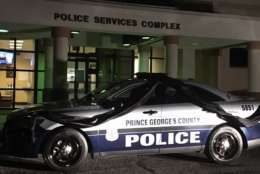 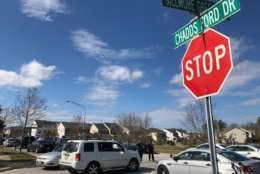 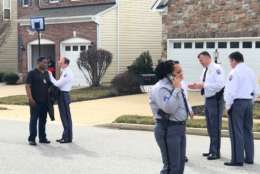 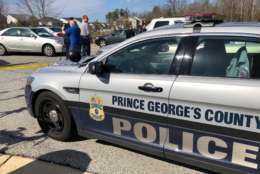 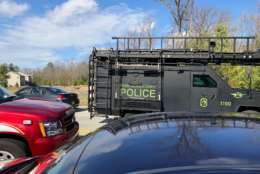 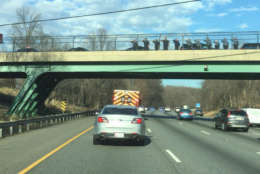 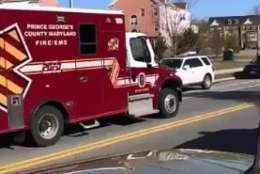 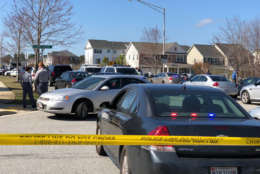 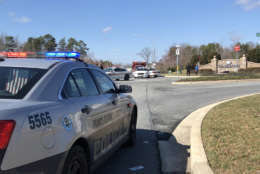 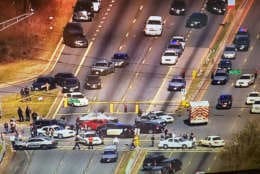 WASHINGTON — An off-duty police officer was shot and killed when he responded to what police called a domestic situation near his home on Chadds Ford Drive in Brandywine, Maryland, on Wednesday.

The suspect was also shot and killed by police on Maryland Route 210 after a brief chase.

The officer was identified as Cpl. Mujahid Ramzziddin.

“We are so grief-stricken to inform you that today, a gutless coward took the life of a very important part of our community,” said Prince George’s County State’s Attorney Angela Alsobrooks at a news conference on Wednesday. “He was in his home, a place where he should have been safe, and he came out to save a life.”

Police said at around 10:19 a.m., a neighbor asked Ramzziddin for help while he was off-duty at his home. When he went to help, he was confronted by a man with a shotgun who shot and killed Ramzziddin.

“Today was not the first time he demonstrated his heroism,” said Prince George’s County Police Chief Hank Stawinski. “He led a consequential life and he suffered a consequential death, but he saved her life by giving his own. I’m extraordinarily proud of him, not just for the way we lost him but for the totality of his career.”

Ramzziddin was a 14-year veteran of the Police Department and had previously been awarded the Medal of Valor in 2006.

Police identified the suspect as Glenn Tyndell, 37, of Largo. Tyndell had three open warrants for assault, police said. Stawinski added that Tyndell had a history of domestic violence in “multiple jurisdictions.”

“Preliminary, I have cause to believe he should not have had a firearm,” he told reporters.

Tyndell had “advanced upon our officer and fired five times” with a shotgun, Stawinski later said at an evening news conference. The police chief described the scene he saw caught on video via a home security system.

Ramzziddin had his radio and service weapon on him, Stawinski said, but shots from his weapon were not fired at the scene. After the confrontation with Ramzziddin, Tyndell took the officer’s service weapon. Police said Tyndell attempted to escape right after the shooting, which led to a brief chase involving officers from Prince George’s and Charles counties.

Upon re-entering Prince George’s County, Stawinski said, two officers “intervened” by shooting and killing Tyndell on MD-210 in Fort Washington, Maryland. It was during this confrontation that Tyndell had used Ramzziddin’s gun to fire at officers.

“I have no reason to doubt the intentions of the officer that we have lost, and I fully support the actions taken by our officers and those other officers with us today in resolving a very dangerous situation,” Stawinski said. He added that a forensics team is working through the night.

Tyndell had an ex-wife, an estranged wife and a current relationship with another individual, Stawinski said. The ex-wife and the estranged wife have both sought protections from the court “because of his violent behavior,” the police chief added.

“Without a thought to his own safety, he jumped in front of danger and gave his life,” Alsobrooks said. “He is not alone. He stands alongside other brothers and sisters, who, every single day, without a thought for their own safety, jump out to serve and protect.”

“He’s a Medal of Valor winner,” Stawinski added. “That’s a very small group of individuals who have demonstrated valor to that high of a level, and he did it again today.”

“The first lady and I are praying for his family,” Hogan said in a statement. “Corporal Ramzziddin was a military veteran and a distinguished law enforcement officer who made the ultimate sacrifice in defense of his neighbors and his community. His memory and service will never be forgotten.”

MD-210 was closed at Palmer Road through Wednesday evening’s rush hour while police investigated. The investigation led to the delays of some buses from Prince George’s County Public Schools, which were rerouted around the affected area. (See map below.)

Editor’s note: A previous version of this story had misspelled Cpl. Mujahid Ramzziddin’s name. This story has been updated to reflect the correct spelling of his name.

WTOP’s Megan Cloherty and Teta Alim contributed to this report.