WASHINGTON — The U.S. Department of Justice is investigating allegations that the Prince George’s County Police Department has discriminated against Hispanic and black officers.

Police Chief Hank Stawinski said in a statement Tuesday that the Civil Rights Division of the Department of Justice had opened what is known as a pattern and practice investigation of “allegations of discrimination against Hispanics and African Americans … with respect to their employment in sworn positions on our police department.”

He added that he was informed of the investigation last Saturday, but hasn’t seen the actual complaint yet — indeed, he said at a news conference Tuesday that he hasn’t gotten a response from the Department of Justice to two requests for specifics.

Speaking after Stawinski’s news conference, Joe Perez, of the Hispanic National Law Enforcement Association, said the complaint was filed on behalf of 111 employees of the Prince George’s police regarding “disparate treatment in transfers, promotions and discipline.”

Stawinski said, “I welcome this opportunity” to cooperate with federal investigators. “Our reputation for cooperating, for being change agents and being receptive to criticism, is well documented, going back a dozen years.”

Perez, however, said that “We’ve met with the chief himself, and we’ve discussed some of these issues, and we have not gotten anywhere.”

Stawinski added that he had taken two steps in conjunction with the Fraternal Order of Police to address perceptions of discrimination: the publication of internal discipline results and the convening in April of a panel composed of active and retired officers, academics, county officials and community members “to obtain facts and gain insights into perceptions about the Department and then provide specific guidance to me,” he said in a statement earlier Tuesday.

“I believed that we were resolving these issues,” he said at the news conference. “Both those actions were taken independent of this complaint, and it will continue. So I see this as an opportunity to bring another set of eyes” to the issues.

Stawinski said his father was the president of the Prince George’s police union “because of things he saw done wrong” in the police during the 1960s. “I’m a product of that thinking. … I won’t tolerate an unfair work environment; I will not tolerate injustice. I expect a lot from the men and women who do this job. I will not tolerate their believing that the environment inside the department isn’t conducive to their best interests.”

‘We have not gotten anywhere’

Perez and Thomas Boone, a Prince George’s officer and president of the United Black Officers Association, painted a different picture.

While Stawinski said that he hadn’t gotten a response from the Justice Department, Perez claimed that the complaint had not been made available, saying it was provided to Public Safety Director Mark Magaw “several months ago.”

Perez added, “We’ve been talking to the command staff, [including] the chief, over a period of time.” He said they raised some of the issues in the complaints “that have not been addressed adequately” and that they’ve asked the Justice Department’s Community Relations Division to mediate the dispute with the department, but that the department refused.

The complainants are represented by the ACLU of Maryland and the Washington Lawyers Committee on Civil Rights and Urban Affairs, Perez said.

WTOP’s Dick Uliano and Mike Murillo contributed to this report. 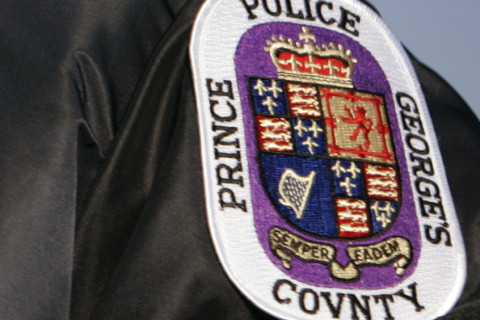