The FBI is offering a $10,000 reward for information about the death of a Maryland teenager whose body was found in North Carolina and they are asking for any video of Ashanti Billie's car traveling between Norfolk and Charlotte.

WASHINGTON — As the family of a Maryland woman who was found dead in North Carolina celebrates her life, the FBI is asking the public for help in what investigators are now calling the abduction and death of Ashanti Billie.

Family members and friends of Billie, 19, of Prince George’s County, held her funeral at a Fort Washington church on Friday while the details of how and why she died remain unsolved.

Billie was last seen Sept. 18 in the Hampton Roads, Virginia, area, heading to work at a sandwich shop on Joint Expeditionary Base Little Creek.

Days later, police found her 2014 white Mini Cooper in Norfolk, Virginia. Then on Sept. 29, police were called to Charlotte, North Carolina, after a man discovered her body near a church.

She could not expound on what evidence led investigators to believe Billie may have been abducted as the investigation is on-going.

“We believe it’s possible that her vehicle traveled to Charlotte and back,” Pullen said.

In a statement released on Thursday, the FBI said its investigators want any dashcam, surveillance, or any private or commercial video that captured her car traveling between Virginia and North Carolina between the dates of Sept. 18 and 23.

The release also states that Billie had been driving a 2014 Mini Cooper, white or cream in color with a black top and Maryland license plate 2CX-0575.

A reward of up to $10,000 is being offered for information leading to the arrest, prosecution or conviction of the person or persons responsible for her death. 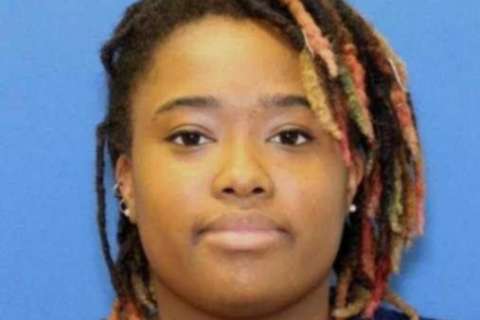