Maryland officials are hailing the opening of the massive $1.4 billion MGM National Harbor casino and resort as a boon to Prince George's County's economic development and a deal that will pump millions into the county's coffers.
Listen now to WTOP News WTOP.com | Alexa | Google Home | WTOP App | 103.5 FM

WASHINGTON — Maryland officials are hailing the opening of the massive $1.4 billion MGM National Harbor casino and resort as a boon to Prince George’s County’s economic development and a deal that will pump millions into the county’s coffers.

“The signal it sends to businesses is that this really is the place to be,” said Prince George’s County Executive Rushern Baker at a grand opening ceremony Thursday morning ahead of the 11 p.m. public opening. With the opening of the luxury resort, “We are the economic engine of Maryland and, I dare say, the Washington region.”

Construction on the project, which began in 2014, employed 6,000 workers, Maryland Gov. Larry Hogan said at the opening ceremony. Up and running, the casino employs another 4,000 full-time workers, he said.

“It will be a tremendous economic benefit to Prince George’s County and to the state of Maryland,” Hogan said.

Under a 2014 community benefit agreement — setting out ground rules for how work on the project would advantage local businesses — developers spent $323 million with local and minority businesses, Baker said.

The agreement also is expected to bring in $35 million to $41 million directly to the county’s coffers, Baker said.

The Prince George’s County Council “demanded one of the best community benefits agreement not only in this region, but anywhere,” he said. “They deserve a round of applause for holding feet to the fire.”

Still, underneath the glitzy surface, there are concerns by nearby residents about major traffic congestion, concerns about a spike in problem gambling and worries about an oversaturated casino market along the East Coast that could dampen officials’ optimistic economic predictions.

Maryland voters approved a state ballot measure in 2012 allowing the construction of the Las Vegas-style casino in Prince George’s County. Voters in 2008 had previously approved a measure allowing five casinos in the state, which led to Maryland Live! in Anne Arundel County and Horseshoe Baltimore.

By the end of 2018, there are at least seven more casinos set to open along the East Coast, according to The Washington Post, which reported states are “cannibalizing one another’s gambling business, siphoning tax revenue used for education and other public benefits.”

Experts are worried about the dense proximity of casinos in the Mid-Atlantic and a mostly stagnant consumer base, according to The Post. 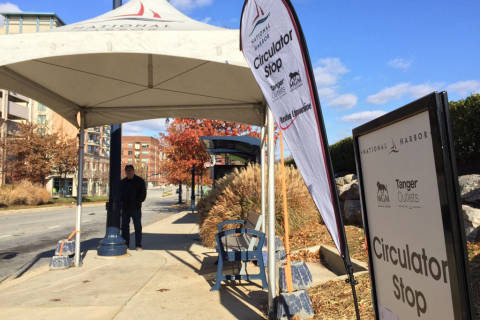 Everything you need to know about parking at MGM National Harbor 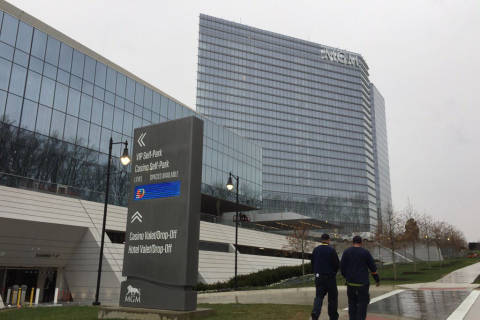 National Harbor, police prep for MGM traffic: ‘We have a plan’