Colson worked as a narcotics detective and was one of six officers trying to stop a man outside the District 3 police station in Palmer Park.
Listen now to WTOP News WTOP.com | Alexa | Google Home | WTOP App | 103.5 FM

BELTSVILLE, Md. — On a warm Thursday afternoon, a line formed at the entrance of the Borgwardt Funeral Home in Beltsville. Friends were there to see fallen Prince George’s County police detective Jacai Colson, who was killed recently in Landover.

Fellow officers, with mourning bands on their badges, watched solemnly. Colson’s father, James Colson, said his son was proud to be a member of the Prince George’s County Police Department.

Outside, commands were shouted by a Maryland State Police officer, who guided a group of cadets to the funeral home. They, too, would pay their respects.

Colson, 28, worked as a narcotics detective and was one of six officers trying to stop Michael Ford, 22, who police say opened fire on passing cars, an ambulance and police officers on March 13 outside the District 3 police station in Palmer Park.

Colson was accidentally shot by a fellow officer during the ambush.

“Police officers everywhere understand that in their worst day, they can be on either end of this story,” he said.

Lt. James Dyson with the Prince George’s County Police Department not only worked on the narcotics squad with Colson, he was also a close friend.

Dyson said Colson had an infectious smile, which would make it hard to get mad at the detective, even if he did something wrong.

“As soon as you’re mad at him, he smiles at you, kind of touches your shoulder and you forget why you were mad at him originally,” Dyson said.

Dyson said Colson always had his hat on backward, always had a smile on his face and didn’t have a mean bone in his body.

Dyson said this week has been hard for the department, but he said officers would have an occasional smile when they think about their fallen brother.

“He was definitely a wonderful person,” Dyson said.

A funeral service will be held for Colson Friday morning at First Baptist of Glenarden in Upper Marlboro. Some roads will be closed Friday for the funeral procession.

The late police officer will be laid to rest next Monday in a cemetery just outside of his hometown of Boothwyn, Pennsylvania.

EDITOR’S NOTE: This story has been changed to reflect the correct name of Michael Ford. 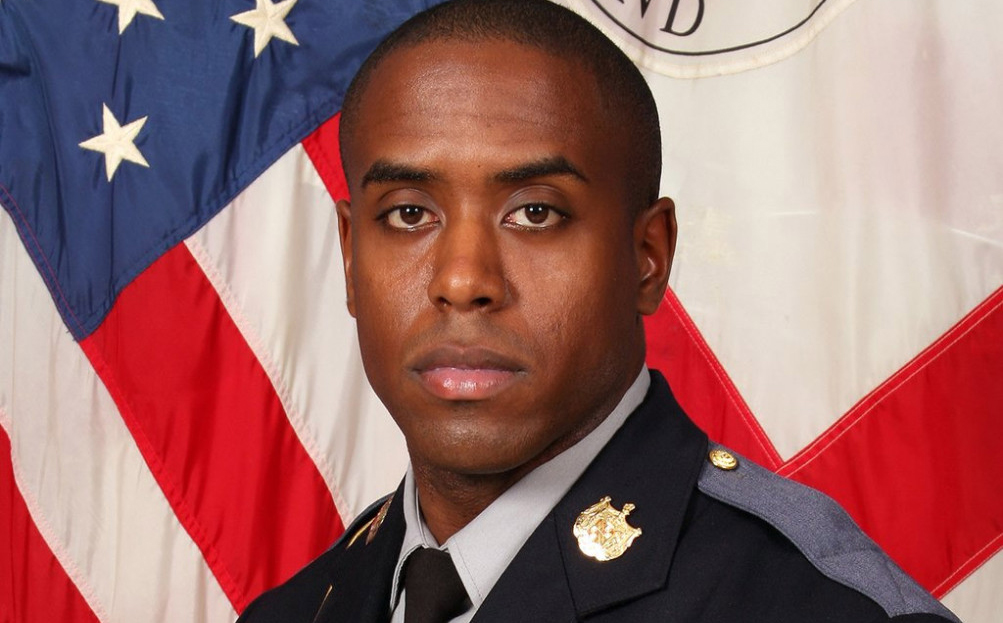