Thousands of gallons of sewage spill into Potomac tributary 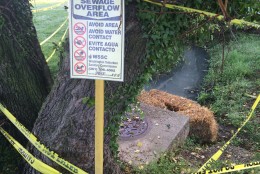 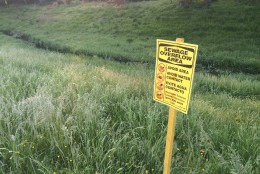 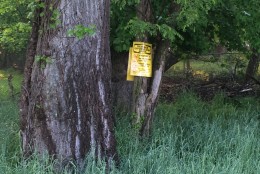 OXON HILL, Md. — A leak in a 14-inch sewer pipe is causing thousands of gallons of raw sewage to spill into an Oxon Hill, Maryland neighborhood.

According to Washington Suburban Sanitary Commission, the problem was first discovered Sunday. Since then, more than 10,000 gallons of sewage has seeped out.

Before repair work can be done on the pipe, a WSSC contractor must set up 7,000 feet of temporary pipe to divert sewage around the leak and into the nearest manhole. The whole process may take until Friday.

Until then, the leak will continue.

“We mobilized immediately, but unfortunately it takes time,” Riggins says.

Most of the sewage is being contained in a low-lying area behind homes on North Huron Drive, but some of it has reached Oxon Run tributary that flows into the Potomac River.

According to WSSC, homeowners should not be concerned about their drinking water because the sewage system is separate.

“Even though there is waste water leaking in this area, the drinking water system is safe,” says Riggins.

Soldier from Bowie dies in Iraq