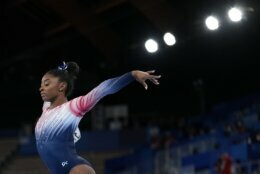 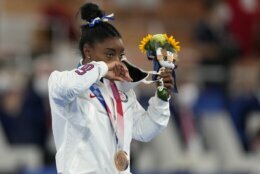 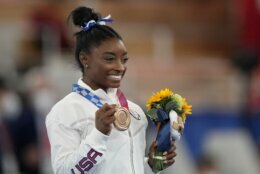 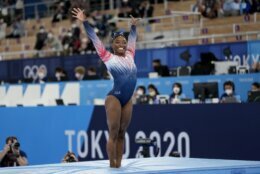 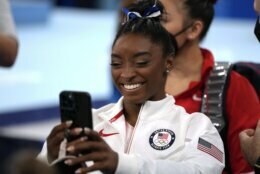 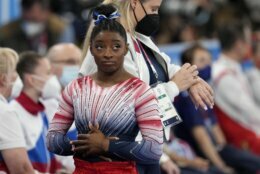 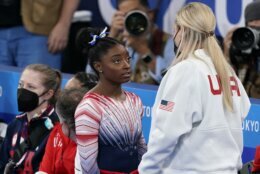 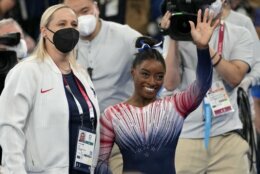 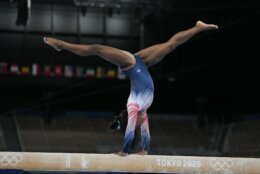 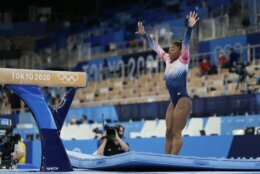 TOKYO (AP) — Simone Biles isn’t going home with a fistful of gold medals. A mental block — one brought on by exhaustion or stress or something the American gymnastics star still can’t quite grasp — that forced her to pull out of four Olympic finals saw to that.

Yet standing on the podium Tuesday, a bronze medal hanging around her neck and tears in her eyes, the 24-year-old Biles may have claimed something far more valuable: a piece of herself back.

From the “twisties” that have haunted her for a week. From the endless speculation about her state of mind. From the hype machine — one, admittedly, she fed into at times — that set expectations so high coming to Tokyo nothing short of the impossible would have been enough.

It all became too much. A week ago, her internal wires got crossed when she hopped on uneven bars during practice. Suddenly, she couldn’t spin. She could barely move. She still doesn’t quite know why. And if she’s being honest, the wires still aren’t reconnected. She’s not sure when they will be.

“It was something that was so out of my control,” Biles said. “But the outcome I had, at end of the day, my mental and physical health is better than any medal. So I couldn’t be mad.”

Biles and coach Cecile Landi adjusted her balance beam routine to ease her anxiety, switching out a dismount that required her to twist for one with two simpler backflips instead, a skill she hadn’t done in competition in 12 years, half a lifetime ago. Even with the degree of difficulty lowered, she earned a 14.000, good enough for third behind Chinese teammates Guan Chenchen and Tang Xijing.

Afterward, she chatted with IOC President Thomas Bach, then wiped away tears after accepting her seventh Olympic medal, tied with Shannon Miller for the most by an American gymnast. A wave of relief washed over her following a turbulent eight days that shifted the focus from the Tokyo Games to the mental health of the athletes who compete under the rings.

“We’re not just entertainment, we’re humans,” Biles said. “And there are things going on behind the scenes that we’re also trying to juggle with as well, on top of sports.”

Biles thought she had it under control. Then the Americans finished a surprising second to the Russian team in qualifying. She sensed the weight of the world on her shoulders. During the first vault rotation in the team final, the weight became too much. Shaken, she took herself out of the final three events and watched as her teammates held on for silver.

The decision made her a touchstone of sorts. Yes, there was a lot of support. She felt “embarrassed” when a trip through the Olympic Village included a steady stream of people coming up to tell her how much she meant to them. There was a lot of hate, too, one of the reasons she moved her Twitter app to the back of her phone, hopefully tamping down the temptation to search her mentions.

There was no phone in sight when she appeared on the floor in a red, white and blue leotard with nearly 5,000 crystals stitched on. If she was nervous, it hardly showed. She warmed up and then sat on the floor next to teammate and newly minted all-around champion Sunisa Lee to watch highlights from other sports on a large video board.

Her routine was steady, seemingly immune to the whir of dozens of cameras capturing her every move. She made a small hop after landing her double-pike, then saluted the stands. One last bow, perhaps, in a career that includes 32 major international medals and a spot atop her sport.

It’s far too soon to think about Paris.

“I just need to process this Olympics first,” she said.

While she hasn’t officially announced her retirement — she’s hinted that she might want to stick around in some fashion until the 2024 Games to honor coaches Laurent and Cecile Landi, who are both French — a long layoff awaits. She’s headlining a post-Olympic tour through the fall. What happens after that is a mystery, even to Biles.

Two weeks ago, she was a heavy favorite to win four golds. Maybe five. A week ago, her body couldn’t do what she’d long trained it to do. Even on Monday, watching others spin their way through their routines made her want to “puke.”

Tuesday night offered justice of sorts. Five years ago in Rio de Janeiro, she was stunned when her bronze on beam was met with a shrug of the shoulders, proof of the double standard she is held to. She earned another one in Japan under circumstances no one could have envisioned.

“This one is definitely sweeter,” she said.

Even if it’s the last.

Biles receding into the background opened up the door for the teammates who have long competed in her considerable shadow. The 18-year-old Lee, who finished fifth on the balance beam, won the Olympic all-around title. She ended up with three medals in Tokyo, including silver in the team final and bronze on uneven bars.

Lee became the fifth straight American woman to capture the all-around title. MyKayla Skinner, placed into the vault final after Biles scratched, soared to silver. On Monday, Jade Carey’s long journey to the Olympics ended with a victory on floor exercise after Biles gave her a pep talk following a nightmarish vault performance in which she tripped at the end of the runway and narrowly avoided serious injury.

It wasn’t the role Biles expected to fill when she arrived. She did it anyway, repaying those who have spent the last eight years doing the same for her. Asked if there was anything she would change about her experience in Japan, she shook her head.

“Nothing,” she said. “I would change nothing.”