Katie Ledecky is used to slaying her competition, winning not by hundredths but by full seconds. Usually lots of 'em. So when the world's dominant female distance swimmer goes slower than expected, it's a shock.
Listen now to WTOP News WTOP.com | Alexa | Google Home | WTOP App | 103.5 FM

OMAHA, Neb. (AP) — Katie Ledecky is used to slaying her competition, winning not by hundredths but by full seconds. Usually lots of ’em.

So when the world’s dominant female distance swimmer goes slower than expected, it’s a shock. Especially to her.

That’s what happened in the 400-meter freestyle at the U.S. Olympic trials this week. Taking notice was Ariarne Titmus. Ledecky faces potentially tough challenges — and possible defeats — by the Australian at next month’s Tokyo Olympics.

Titmus fired the first shot, clocking a winning time of 3 minutes, 56.90 seconds at the Australian trials. It was the second fastest in history and just off Ledecky’s world record of 3:56.46 set five years ago in Rio de Janeiro.

Ledecky’s response was, well, less than intimidating. She surprised even herself by going 4:01.27.

“I felt like I would be faster than that,” she said. “I was a lot more nervous than I expected to be. I just wanted to get the race over with and get to that wall and punch my ticket.”

Later that night, Ledecky returned to her Omaha hotel room to reunite with her immediate family for the first time since Christmas 2019, months before the coronavirus pandemic shut down the world.

“I started crying, they started crying,” she said. “Just so nice to be back with them. We’ve all been through so much over the past year, and I think you kind of take things for granted.”

Ledecky’s greatness has been assumed since the 2012 London Games, where she won a surprise gold in the 800 free at age 15. Four years later, she left Rio de Janeiro as the most decorated female athlete of the games with four golds, one silver and two world records.

“It’s pretty remarkable for her to continue doing what she’s doing knowing that she was an Olympic champion at 15, and she’s still arguably the best swimmer in the world,” said her coach, Greg Meehan.

But there’s a storm cloud on Ledecky’s Olympic horizon in the form of Titmus. The 20-year-old Aussie swam the second-fastest 200 free ever at her country’s trials. Her time of 1:53.09 was just 0.11 seconds shy of Federica Pellegrini’s world record set in 2009 in a since-banned rubber suit.

“The medals aren’t given this week,” the 24-year-old American said, “so I don’t think we have to get too caught up in what times people are going here versus anywhere else in the world right now.”

Tell that to Meehan, who will serve as the U.S. women’s head coach in Tokyo.

“There’s other people in the mix and there’s challenges,” he said, without naming names. “She’s going to be met with challenges through each and every one of her events, so I think that’s a great motivator.”

Ledecky has learned to compartmentalize, whether it’s swimming multiple events in the same session or moving past a disappointing time.

She also locked down a spot for Tokyo in the 1,500 free — the first time women will compete in the metric mile at the Olympics.

Still to come is the 800 free on Friday.

Ledecky’s ability to swim — and win — at distances ranging from 200 to 1,500 meters hinges on more than mere talent. It requires strict time management, which involves warming down after racing, massages, eating right, napping.

“We’re trying to find the little things that she can constantly get better at and use that as a good motivating tool,” Meehan said. “It’s not necessarily about dominance. It’s just about being the best that she can be in that realm and that environment, and hoping that’s going to be enough to do the things that she wants to do.”

With just more than a month to go until the games, including the post-trials training camp in Hawaii, Ledecky is searching for any kind of edge that will lower her times when gold is on the line.

“It’s not like you can accomplish a whole lot,” she said, “but I know that the past two Olympic cycles I have gotten a lot out of those training camps and have used them to my benefit.”

Watching Ledecky this week in Omaha, Michael Phelps has been silently predicting her times. Clearly, his guess in the 400 free was well off. Still, he credits her for pushing time barriers much the way he did over five Olympics.

By the end of trials this weekend, Ledecky should be set to swim four individual events in Tokyo and possibly two relays. She’s already tuning out the noise, especially from Down Under.

“The most important expectations are the ones that I have for myself,” she said. “I do a pretty good job of sticking to those and not seeing what kinds of medal counts or times that people are throwing out about what I could accomplish if everything goes perfectly.” 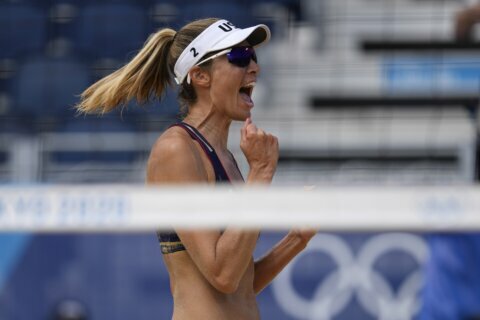 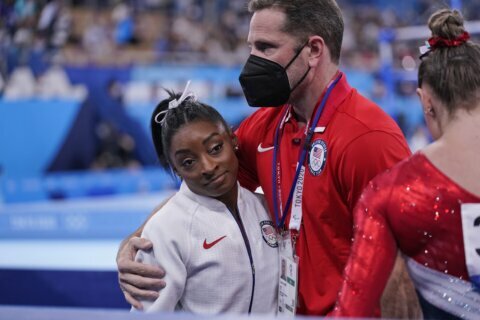 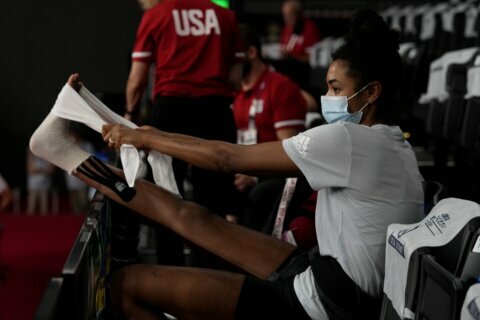