The New York Jets linebacker saw it when he said Fletcher Cox laughed at Robert Saleh as the coach argued with officials about a call.

“At the end of the day, it’s all about respect,” Mosley said after a 33-18 loss Sunday. “And right now, teams are not respecting us. That’s well-deserved, whether it’s by self-inflicted wounds or the history of the Jets.”

Mosley has been around long enough to know what respect looks like, especially from his first five NFL seasons with Baltimore. And the usually reserved linebacker was as fired up after the game as he has been.

“It was all over the field,” Mosley said of the feeling of disrespect. “As a competitor, as a warrior, when you fight with your brothers, that pisses you off.”

The wins have been few and far between during his time with the Jets, and another rough loss won’t help things.

And they’re not good.

The Jets dropped to 3-9 in what will be an 11th straight season — the NFL’s longest active drought — without a playoff appearance. In this one, they allowed backup quarterback Gardner Minshew to lead the Eagles to scores on each of their first seven possessions. And the only time Philadelphia was stopped was on its final drive in the fourth quarter with the game out of reach.

“What’s disheartening is that I know when we watch this tape and we sit down together,” Saleh said, “there’s going to be a lot of missed opportunities that we had from a defensive standpoint to get the ball back to our offense, especially when they were rolling.

“Especially on some of those third downs when we could have been a lot better.”

The Eagles went 6 of 13 in those situations. They also converted their one fourth-down attempt.

But the most damning moment for the Jets’ defense came in the third quarter — and really, for almost the length of the period.

The Eagles held the ball for 13:50, running 24 plays for 81 yards while scoring three points. And that came after Philadelphia got a field goal just before halftime. Meanwhile, the Jets ran just three plays in the third quarter, gaining 3 yards in 70 seconds.

“They had the ball to finish the first half,” Saleh said. “Then they go eight minutes and then it’s a quick drive for us and then they had the ball again for however many minutes it was. So you’re looking at over an hour of real time where our offense was on the field for just a quick minute.”

But things started off promising when Braxton Berrios returned the opening kickoff 79 yards and Zach Wilson found Elijah Moore for a 3-yard touchdown a few moments later. But Alex Kessman — signed Saturday from the practice squad to replace the struggling Matt Ammendola — missed the extra point in his NFL debut.

Minshew and the Eagles answered with a 36-yard TD pass to Dallas Goedert to take a 7-6 lead.

Wilson and the Jets came right back with a 1-yard touchdown run, but Kessman was wide left again on the extra point.

Mosley and Hall acknowledged the Jets didn’t specifically prepare for Minshew, saying the Eagles offense would be similar whether the backup or Jalen Hurts were under center.

But the defense simply couldn’t stop Minshew from marching the Eagles down the field.

“It’s disappointing,” Saleh said. “Our offense was rolling. We scored three touchdowns early in the first half and Zach and the receivers, the run game — all of it was working really well. If we could have gotten a stop early, it felt like our offense would’ve turned around and gotten some points.

“We had some chances there, but obviously, it wasn’t good enough.”

That has been the story of the season for the Jets, whose defense was expected to be a strength while Wilson adjusted to the NFL.

Instead, it has been one of the league’s worst overall units.

And has no one respecting the Jets. 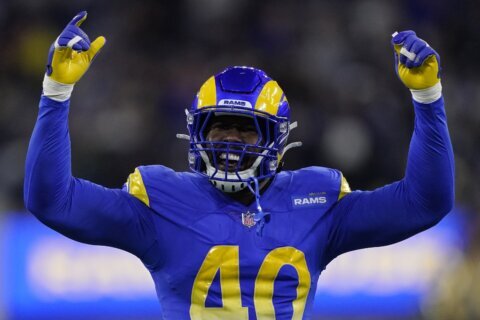 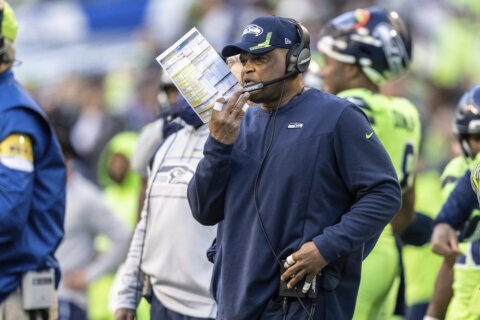