The Patriots still have a lot of things to iron out on offense before the start of the regular season.

Cam Newton looked close to locking up the starting job at quarterback last week, but a COVID-19 testing mishap left him sidelined to begin this week. That opened the door for rookie Mac Jones to close the gap or perhaps overtake him with just one preseason game remaining.

The potential two-headed attack New England hoped to form at tight end with free agent pickups Jonnu Smith and Hunter Henry has also been slowed as Henry works his way back from a shoulder injury.

But the Patriots opened the first of two joint practices with the Giants on Wednesday with a bit clearer picture at running back following the trade of Sony Michel to the Rams. It’s the latest sign New England is confident Damien Harris is ready to be the lead option in the backfield. It’s also an indication that fourth-round pick Rhamondre Stevenson’s may have done enough as a rookie to carve out a roster spot on a team that could be more run oriented than it has in years.

Stevenson began the season at the bottom of that group, but quickly got the attention of the coaching staff. He’s rushed for four touchdowns in the first two exhibition games, including a 91-yard sideline scamper against Washington.

White said it’s tough to see Michel depart, but said Stevenson’s hunger has stood out. Not bad for a guy who failed his initial conditioning test after being drafted out of Oklahoma.

“He’s gotten better and better as you can see during preseason games. He’s having big run after big run, big play after big play, but he’s continuing to learn more and more,” White said. “Not just about running the football, but the pass protection, catching the ball, all that good stuff. … I am sure his number will get called on a little bit more.”

Newton is eligible to return to practice Thursday after sitting out a mandatory five-day waiting period for unvaccinated players after attending an out-of-town doctor’s appointment over the weekend. Newton tested positive during last season for COVID-19.

For the second straight day Jones took all the reps with the projected first-team offense during 11-on-11 drills. And after an inconsistent day Tuesday, he logged probably his best performance during camp.

He completed 22 of 25 throws during 11-on-11 situations, threading balls to receivers multiple times. One of his best of the day was to White, when he pinpointed an over-the-shoulder pass to him on the sideline.

“He’s working extremely hard,” White said. “He’s getting a lot of reps now. He’s taking control of the huddle and just trying to do the best he can, just making sure everybody is on the same page so we can go out there and execute not just for one period, but throughout the entire practice.”

Giants coach Joe Judge was adamant earlier this week that he has no intention of trying to recreate the culture or framework of the Patriots or his former boss Bill Belichick.

But new Giants tight end Kyle Rudolph acknowledged after practice Wednesday that he has noticed some things reminiscent of the Patriots’ culture during his time with New York.

“I have a little bit of the ‘Patriot way’ in the (way) that they do things and the culture that coach Judge came from because I played for coach (Charlie) Weis at Notre Dame,” Rudolph said. “I’ve followed this program for a long time, and you see the culture that he’s trying to instill here with us as the New York Giants. We have a really young team, it’s a team that needs to learn how to win. He says it all the time, ‘You can’t start winning until you stop losing,’ and you see that day in and day out the way he pushes us on our fundamentals, on our technique.”

Tempers flared early in practice when members of the Patriots offensive line and Giants defensive line got into a scrum during a drill. Players from both sides could be seen shoving for about a minute before coaches stepped to separate them. It wasn’t clear what started it, but everyone — position coaches included — took a lap after it was over.

Patriots center David Andrews was mum about what started the brief tussle.

“I don’t remember. I think we were just talking,” he said. 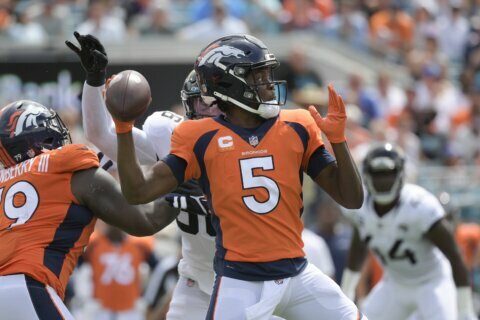 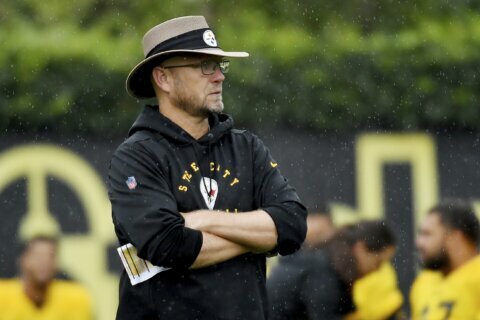 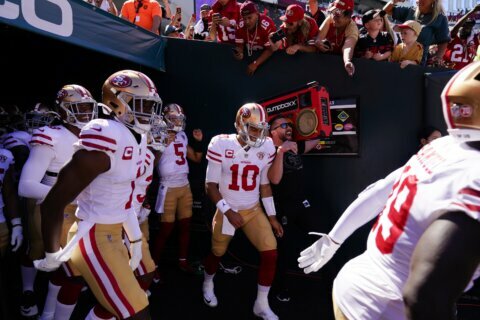