Josh Myers relishes the possibility he could take over for an All-Pro center. Amari Rodgers hopes he gets the chance…
Listen now to WTOP News WTOP.com | Alexa | Google Home | WTOP App | 103.5 FM

Josh Myers relishes the possibility he could take over for an All-Pro center. Amari Rodgers hopes he gets the chance to run pass patterns for the league’s reigning MVP.

The Green Bay Packers spent Friday’s portion of the NFL draft selecting Myers in the second round and trading up seven spots to take Rodgers in the third round. The new teammates faced off in a College Football Playoff semifinal last season, as Myers helped Ohio State defeat Rodgers’ Clemson team.

“They’re both really good players, and their wiring and the character of who these guys are really impresses me,” general manager Brian Gutekunst said.

The moves come one day after the Packers drafted Georgia cornerback Eric Stokes with the 29th overall pick.

Depth at cornerback and the offensive line were considered two of the Packers’ biggest needs heading into the draft. The Packers also needed to add receivers after not selecting any wideouts in the 2019 or 2020 drafts.

Myers could have an immediate chance to compete for playing time after All-Pro center Corey Linsley left for the Los Angeles Chargers via free agency. Linsley also played for Ohio State before the Packers selected him in the fifth round of the 2014 draft.

“It would mean everything to me, to come in an be able to do that,” said Myers, the No. 62 overall draft pick. “He’s just such a great player. To follow him up is a big task that I’m excited to get a shot at.”

Both of the Packers’ Friday selections come from athletic families.

Myers’ father was an offensive lineman at Kentucky and his mom played basketball at Dayton. Rodgers isn’t related to Packers quarterback Aaron Rodgers but is the son of Tee Martin, the quarterback of Tennessee’s 1998 national championship team.

Amari Rodgers considers Green Bay’s Davante Adams his favorite receiver and said he wants the chance to play with Aaron Rodgers, who reportedly has indicated he wants out of Green Bay.

“Of course I want to catch passes from the reigning MVP and future Hall of Famer,” said Amari Rodgers, who was taken 85th overall.

Gutekunst had said late Thursday the Packers had no plans to trade Rodgers and added that “I do think he’ll play for us again.” Gutekunst said he’d received no calls regarding his star quarterback on Friday.

Both of the Packers’ Friday selections have shown the tenacity to work through injuries.

Rodgers tore his anterior cruciate ligament in March 2019 but was playing less than six months later. He followed that up with a big 2020 season in which he caught 77 passes for 1,020 yards and seven touchdowns.

During Ohio State’s run to the championship game last season, Myers played through an injury that required surgery. Myers said he hurt his toe in the Big Ten title game and aggravated the injury in the semifinal victory over Clemson.

“I just felt like I owed it to myself and to my teammates, our coaches and everyone at Ohio State to kind of gut it up and play through it, you know, give ourselves a shot at the national championship,” Myers said. “To be honest, I knew there was a chance it could hurt me going into the NFL draft, but it was just one of those things, I felt like I needed to do it whether it hurt me or not because it’s what was best for the team. I definitely plan on bringing that same team-first mentality to Green Bay.”

Myers, who is 6-foot-5 and 310 pounds, was one of three finalists for the Rimington Trophy that goes annually to college football’s top center. The Packers believe he can play both guard or center.

Rodgers was a kick returner at Clemson, raising hope he could provide a spark on special teams. The 5-10, 212-pound Rodgers sees himself as the type of slot receiver who can remind Packers fans of Randall Cobb, who played for Green Bay from 2011-18.

Rodgers says Cobb is like a “big brother to me.” During Cobb’s college career at Kentucky, Rodgers’ dad was his position coach.

Perhaps that helps explain why Rodgers’ relatives kept telling him the Packers would draft him and that he’d be an ideal fit in Green Bay.

“Since Randall Cobb left, everybody in my family felt like they haven’t had a slot player like him.,” Rodgers said. “They just felt like it was a good fit for me to go there with Aaron Rodgers, him being the prolific quarterback that he is, and with Davante, being that he is a prolific receiver that he is.”

The Packers sent the Tennessee Titans the No. 92 overall pick and a fourth-round selection (No. 135) overall for the right to take the former Clemson receiver at No. 85. They have six more picks Sunday — one in the fourth round, two each in the fifth and sixth plus one more in the seventh. 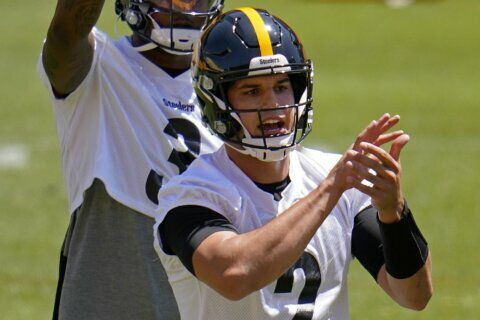 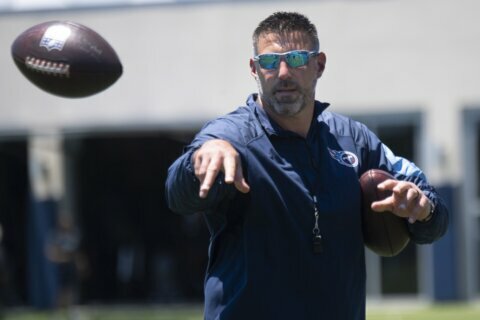