More comfortable Tua optimistic he’ll be much better in 2021

“What do you think?” the Miami Dolphins quarterback said after a practice session Wednesday. “My mom and my grandmother have been telling me to shave it.”

The beard’s future is undecided, and the jury is still out on Tua, too. There are many Tagovailoa detractors, and he’s his own harsh critic regarding an up-and-down rookie season in 2020.

He’s optimistic he’ll be much improved in Year 2, however. Now 18 months removed from surgery for the hip injury that ended his Alabama career, Tagovailoa said he feels much better physically, and also has an improved grasp of the Dolphins’ playbook.

“Last year I wasn’t comfortable calling plays, checking plays, alerting plays,” he said. “I rode with the play. Even if I knew in a way it wasn’t going to work, I was going to try to make it work.

Tagovailoa’s training regimen this spring is much different than a year ago, when he was still recovering from surgery. He said that because he’s stronger and no longer hindered by his hip, he notices a big improvement with his passing motion.

“Throwing isn’t as much arm this year as it was last year,” he said. “I can feel it. Also from recordings, I can see the difference. Physically and mentally, I’m at a better stage.”

Coach Brian Flores benched Tagovailoa twice last year, and the rookie’s worst game came when the stakes were highest — a 56-26 loss at Buffalo in the season finale.

There was brief speculation early in the offseason that Miami might again use its top draft pick on a quarterback, or try to trade for Houston’s Deshaun Watson. Instead, Tagovailoa is still No. 1 and hoping to show he can be Miami’s franchise quarterback.

“He has dealt with people saying stupid, uneducated stuff about him that they’re not right about,” tight end Mike Gesicki said. “The problem with the criticism is there’s nothing behind it. He did a lot of really good things for us last year.

“I can tell you firsthand: The guys in the locker room, we all believe in him, we all respect him, and we’re all excited about him.”

“He’s definitely more comfortable, but I think that’s normal for anyone in the second year doing anything that you’re doing,” Flores said. “You know your surroundings. You know what’s expected of you. You’ve got a better rapport with your teammates.”

To help build that, Tagovailoa stayed in South Florida over the winter rather than returning to his native Hawaii. He has worked out with a receiving group that includes two topflight newcomers, veteran Will Fuller and first-round draft pick Jaylen Waddle, a former Alabama teammate.

“I wouldn’t be able to throw to my guys if I was in Hawaii,” Tagovailoa said. “We’re working on timing and all the things you don’t just wake up and do, as Flo would say.”

As he quoted his coach, Tagovailoa giggled. Things won’t get serious for a few months yet. 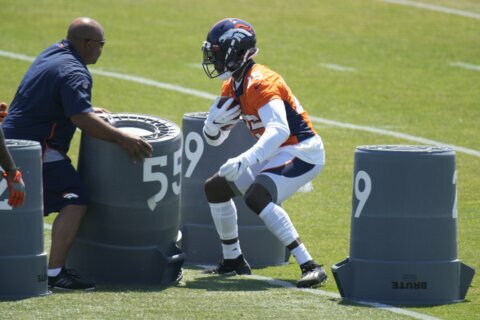 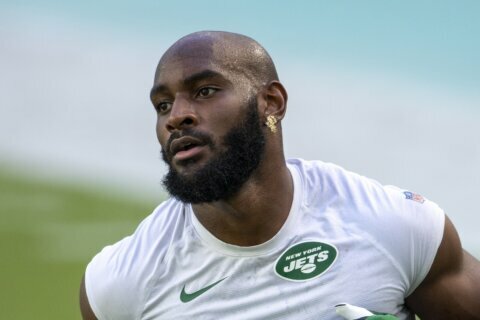