For NFL, it’s Super Bowl or bust as the pandemic rages

Largely praised for its stringent pandemic protocols, the NFL has reached a crucial point in its quest to become the nation's first major sport to play a full and uninterrupted season during the health crisis.
Listen now to WTOP News WTOP.com | Alexa | Google Home | WTOP App | 103.5 FM

The Super Bowl, the crown jewel of American sports, is scheduled for the first Sunday in February at Raymond James Stadium in Florida at a time when total US deaths from the coronavirus are projected to be nearly 400,000 — about six times the venue’s seating capacity.

“Our objective is for all teams to safely and responsibly complete the regular season within our 17-week schedule — and have a full postseason, culminating with the Super Bowl with fans in the stands on February 7th in Tampa,” NFL Commissioner Roger Goodell said last week as the league embarked on the second half of the season.

“We are committed to completing the season as scheduled.”

It’s a tall order, as coronavirus infections and deaths surge across the country in a fall and winter wave that Americans have expected for months. Largely praised for its stringent pandemic protocols, the NFL has reached a crucial point in its quest to become the nation’s first major sport to play a full and mostly uninterrupted season during the health crisis.

“Getting to the Super Bowl, it’s completely possible,” said Tara Kirk Sell, a senior scholar at the Johns Hopkins Center for Health Security. “It really depends on both your tolerance for risk and tolerance for having cases. And if you really don’t care about having too many cases, then there’s really no problem, right? I do think the league has done a lot of good things to reduce risk. The question is: Is that enough? And it’s going to get so much harder going forward.”

‘Much more work to be done’

Last week — in which the US shattered a daily record with more than 184,000 new cases on Friday — the NFL reported that 15 players and 41 staff members tested positive for Covid-19 during the latest round of testing.

From August through the first week of November, about 600,000 coronavirus tests were administered, with 78 players and 140 coaches and other personnel testing positive, according to the league and the players union.

“We expect this to get harder because those (coronavirus positivity) rates are going up and so that’s why we have to continue to evolve and improve our protocols as we go along to deal with that inevitable exposure,” Dr. Allen Sills, the NFL’s chief medical officer, said Tuesday.

“So there’s obviously much more work to be done,” he added.

Players and teams have been sanctioned for violating coronavirus protocols. Earlier this month, the league punished the Las Vegas Raiders and Pittsburgh Steelers for not adhering to protocols. The Raiders were fined and lost a draft pick because the team’s head coach did not consistently wear a mask, players attended a large indoor gathering, and the team allowed an unauthorized person into the locker room after a game.

In October the Tennessee Titans had to play on a Tuesday after 24 members — including 13 players — of the organization tested positive.

“Cases are rising exponentially in this country and we’re just going to have a lot more problems. It is, of course, premature to say, ‘We’ve made it,'” Kirk Sell said of the league. “I don’t even know what’s going to happen in the next couple of months other than it’s probably going to be pretty significant transmission.”

The NFL and the players union have agreed on strict protocols, including extensive testing, and recently adopted more stringent measures for those considered high-risk contacts. Tests are administered daily. Players and personnel who had high-risk close contacts must quarantine for five days.

The league created a Covid-19 reserve list for players who either test positive for the virus or are quarantined after being in close contact with an infected person.

Players, coaches and staff have been urged to wear masks on the sidelines. Masks are mandatory in club facilities. And players wear proximity tracing devices while participating in team activities and traveling to games. The devices provide precise data as to who the players were near, how close they were, and for how long. Meetings and film sessions are online. Sideline benches have been lengthened for social distancing.

“Things have gone remarkably well but I have concerns going forward based on what we see as a significant rise in positivity rates around the country and potential Covid fatigue,” said Dr. Scott Braunstein, the medical director of Sollis Health Los Angeles and an NFL sideline physician for four years.

Marc Ganis, a Chicago-based sports consultant who advises NFL, NBA and MLB clubs, voiced concerns about protocol compliance by teams not vying for the playoffs.

“Teams not in the playoff hunt may be less focused,” he said. “Some players, some individuals, may lose some focus. And that will be a big part of an effort to re-energize teams.”

Former Green Bay Packers executive Andrew Brandt said league “precautions and abundance of caution” in the first half of the season appear to be waning. He pointed to the recent prime-time Thursday game between the Packers and the San Francisco 49ers, which proceeded even after players on both teams tested positive and others had high-risk close contacts.

“There’s a real push now that there’s momentum to get this done,” he said.

“Every Tuesday morning we wake up and wipe our brow from the league point of view: ‘Wow, we got through another one.’ But every week is a challenge. We see it every week with different teams with players on the (Covid-19 reserve) list. And it does seem like what would have been a postponement in weeks three, four or five is no longer a postponement in weeks eight, nine and ten.”

Sills said the league has had “a large number of situations where we’ve had one positive test, a small number of high-risk contacts, and we’ve ultimately been able to safely continue operations through that time.”

The world’s richest sports league, with $15 billion in revenue, is determined to carry on even during the fall and winter coronavirus wave, according to Brandt, a professor and executive director of the Moorad Center for the Study of Sports Law at Villanova Law School.

“There are a lot of moving parts here and a lot of stakeholders that are all affected by the business of football,” he said. “We talk a lot about the league. But, of course, the (television) networks are a big stakeholder in this. And, of course, the players realize they don’t get paid if they don’t play. This is the country’s dilemma: It’s business versus health.”

NFL wants as many fans at Super Bowl as safety allows

So, midway through its season, the league rushes toward a championship game at 65,000-seat Raymond James Stadium.

“Whether there is a vaccine, whether there is additional testing then that we think would help make our fans attending the game safer, we are … actively considering that,” Goodell said Tuesday.

“But our intent … is to hold as many fans at the Super Bowl that can be done safely.”

Unlike the NBA, which created a so-called bubble to reduce infections, the NFL — like Major League Baseball — has allowed players, coaches and personnel outside of a restricted environment.

On Tuesday, Goodell announced the expansion of the playoffs should key games need to be canceled in the coming weeks.

So far, there has been no evidence of players transmitting the virus on the field, according to the league. Strict distancing guidelines and video surveillance have minimized transmission at team facilities.

“But it’s going to get so much harder … because they don’t have a real bubble,” Kirk Sell said. “And as cases rise around the country, it’s just basic math that you’re going to have more opportunities for the disease to appear in players and families of players and staff.”

By the first Sunday in February, when one NFL team is expected to raise the Lombardi Trophy as the winner of Super Bowl LV, the grim US tally of Covid-19 deaths is projected to be just shy of 400,000. Daily deaths could exceed 2,000, according to the Institute for Health Metrics and Evaluation, an independent health research center at the University of Washington.

Ganis, the Chicago sports consultant, praised the commissioner, the league, the players union and its members for providing the country “a beacon of normalcy in a time of uncertainty.” The league has exhibited leadership “missing on the political side” in the response to the health crisis, he said.

“If they’re successful, every person who participated in the NFL this year will have participated in that success,” Ganis said. “Doesn’t matter if the team is 0-16 or wins the Super Bowl. And that’s every single player, every coach, every trainer.” 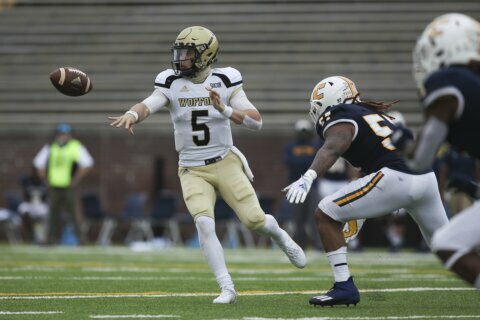 The Latest: Pa. paves way for some fans to return to games 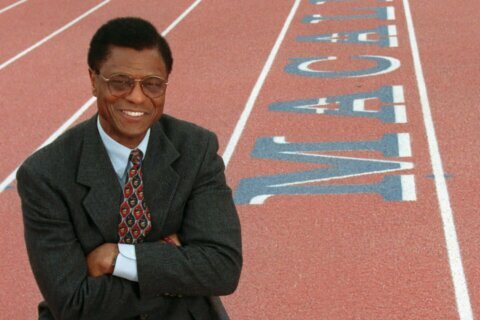