The first virtual draft in NFL history is in the books and Ron Rivera and his Vice President of Player Personnel Kyle Smith seem to be pretty pleased with how they handled their first draft together and how much they are on the same page.

Not only was the draft a big focus this weekend, trading Pro Bowl tackle Trent Williams was on the mind of everyone as well. Something that had to be done.

The two finally got a deal done and Williams’ tenure in Washington has come to an end.

“Obviously, it’s been a long process, Kyle Smith said. “I think everybody is a little bit, you guys as well, think we’re all relieved that it’s over, that it’s done. From day one that we got into this, it’s a unique situation, where, a lot of different layers to it, and we did the best that we could. We wish him the best, and I think [Head] Coach [Ron Rivera] does as well, and we’re moving forward.”

Trent Williams was traded to San Francisco and is reunited with Kyle Shanahan, who coached Trent in Washington. More importantly, Ron Rivera doesn’t have to answer anymore questions about Williams and can now focus on this year’s version of the Redskins.

“You know one of the things that we talked about when I first got here was talk about a sustainable winning culture,” Rivera said. “You know, again, one of the things that we wanted was just to have guys that were going to be part of it from the beginning. And again, just, this was an opportunity for us to part ways with a guy that wanted to move forward which is great.”

A lot might be made of what the Redskins got for Williams compared to what they could have gotten a year ago.

“At the end of the day for the Washington Redskins, what we got with a fifth and third, we’re happy with what we got and it’s time to move on and we’re ready to move forward,” Smith said. “I can’t wait, personally, to stop talking about it. I can’t wait to stop hearing about it and I’ve been here for a while. This is resolved, it’s over, we’re moving forward, we’re excited about the draft, we’re excited about our picks and we’re ready to roll.”

The trade happened on Day 3 of the draft and immediately after it did, the Redskins drafted a possible replacement for Williams in tackle Saahdiq Charles out of LSU, who started at left tackle on the Tigers’ National Championship team this past season.

There were question marks about Charles due to off-field issues that caused him to fall in the draft. He missed nine games over the past two seasons due to injury and a suspension. He has played both tackle positions, which gives the Redskins a number of options and good depth.

“We’re very excited about Saahdiq,” Smith said. “We’ve done a lot of work on him. Obviously as you guys know, I mean you can look it up and stuff, there was the suspension there and he made a mistake, and he’s made mistakes in his past there at LSU so once we come through with guys like this throughout the fall and you gather all the character in the background, then you start to dive in.

“You watch the tape, and you find out what is he as a player, what’s the talent level, and that’s what we always go off of when we put them on the board. He’s a high talent player. Tremendous talent, tremendous upside. He’s got a chip on his shoulder, he understands why he was taken where he was. We’re excited about the structure that we’re going to give this kid, the culture that Coach was talking about that we’re going to provide this kid. And we’re excited to give him an opportunity with the Redskins,” Smith said

The team spent the three days addressing a number of positions and added some depth.

“Well I think the biggest thing more so than anything else was going out and drafting the young men that we believe can be a part of what we want to do,” Rivera said.

After these three days of the draft, including the Trent Williams deal, it’s clear that Rivera is in charge of this franchise now. 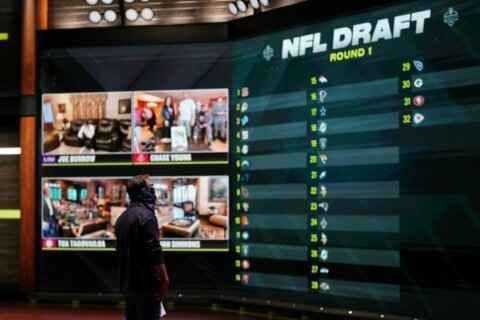 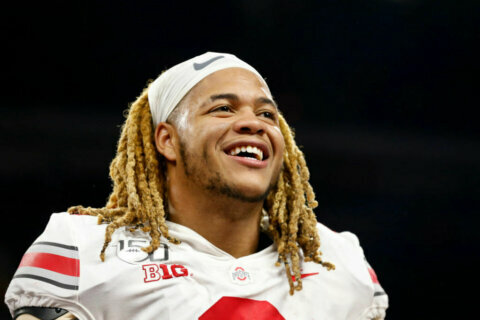 Report card: Draft grades for the Redskins’ Class of 2020