What Is Vagus Nerve Stimulation?

Everyone is a big bundle of nerves. No, that’s not a description of the current pervasive sense of anxiety many…
Listen now to WTOP News WTOP.com | Alexa | Google Home | WTOP App | 103.5 FM

Everyone is a big bundle of nerves. No, that’s not a description of the current pervasive sense of anxiety many people in America feel these days; rather, it’s an anatomical description of how the human body is home to billions of nerve cells and structures that thread all throughout the body, carrying electrical impulses that regulate everything from breathing and body temperature to hunger and sleep.

The longest nerve in this sea of connectivity is the vagus nerve. Also called the pneumogastric nerve or the tenth cranial nerve (CN X), it’s one of 12 pairs of nerves that originate in the brain and run outward to other regions of the body.

“It’s called vagus because it kind of wanders like a vagabond,” says Dr. Andreas Alexopoulos, a staff physician with the Cleveland Clinic Epilepsy Center in Ohio.

This nerve runs between the brain and the gut while also connecting through the neck, lungs, heart and other internal organs. “It is a very important superhighway that brings information to the brain,” Alexopoulos says. “It has diverse functions,” he adds, in transmitting information to and from the brain and the rest of the body. It contributes to our sense of taste and the ability to swallow and speak. It even helps regulate heart rate and how the body digests food.

Dr. Ellen J. Bubrick, director of the epilepsy surgery program at Brigham and Women’s Hospital in Boston, says the vagus nerve “comes out of the brain and it affects the neck, chest and abdomen. It’s related to the parasympathetic nervous system,” which is the system that works in opposition to the sympathetic system.

“The sympathetic system is the fight-or-flight response,” she explains. This system stimulates the production of adrenaline in response to stressors, “you know, everything your body needs if you’re being chased by a bear.”

During its wanderings down to the belly, the vagus nerve is “accessible in the neck superficially,” Bubrick says. “It turns out, if you put a little electrode right on there, you can affect the brain right through the skin” by sending an electrical impulse via the vagus nerve. Leveraging the vagus nerve with a technique called vagus nerve stimulation, or VNS, has been found to be very helpful in controlling certain symptoms and conditions that are impacted by the vagus nerve.

This type of stimulation is typically delivered via an implantable or remote wireless device that sends electrical impulses directly to the vague nerve. The nerve then relays that stimulation to the brain or the other internal organ to adjust function. “Because we know the physiology of what that nerve does, when we stimulate it, we can modulate some nerve and some brain function. So that’s where the idea of neurostimulation and neuromodulation comes from,” Bubrick says. “It’s a unique system that way.”

In people with epilepsy, which the Epilepsy Foundation reports is the fourth most common neurological disorder, the vagus nerve can help some control seizures. It’s been approved by the Food and Drug Administration for treating epilepsy in adults since 1997, and “we have extensive experience in using this type of therapy,” Alexopoulos says. In 2017, that approval was extended to young children ages four and older.

“In epilepsy, we use the vagus nerve to stimulate the brain to try to reduce seizures,” Bubrick says. In this application, the VNS device, which is “the size of a silver dollar or a pacemaker” is implanted under the skin near the armpit. “That’s the generator, and there there’s a little catheter that’s tunneled under the skin into the neck where the vagus nerve is accessible. They just attach the electrode right onto the nerve.”

Via that electrode, frequent electrical impulses can be sent that help the brain prevent seizures from starting or shorten their duration if they do occur. Alexopoulos says that as of 2015, more than 100,000 patients worldwide had one of these implanted devices.

But if a patient feels a seizure coming on, often they can “give it a bolus,” meaning an extra boost, Bubrick says. “There’s a magnet that the patient can wear, like on their belt. You swipe it across the device and that will tell it to give a bolus of stimulation on top of the chronic” electrical impulses. That extra electrical impulse can also be administered by a caregiver or family member if the patient is already in a seizure and unable to do it themselves. In some cases, this extra stimulation can stop the seizure in its tracks.

It’s unclear exactly how this electrical stimulation works to quell seizures. “Somehow it’s reducing the seizure threshold, or it’s reducing the brain’s ability to mount or sustain a seizure,” Bubrick explains. “But we don’t really understand how it does that. It’s not changing the structure of the brain,” but it does change the way the brain functions on a “circuit or cellular level.”

Alexopoulos adds that over time, the electrical impulses that go toward the brain stem “produce changes in the circuity in the brain that kind of dampens the seizures or increases the seizure threshold.”

Some patients experience a noticeable reduction in seizure activity soon after the device is implanted, but in others, it can take a while for the changes to really become apparent, Bubrick says.

“In general, after a period of one year, about 40% to 50% of patients have a benefit that we define as ‘reduction in seizure frequency that exceeds 50%,'” Alexopoulos says.

VNS is typically used as an “adjunctive” therapy, meaning that other medications are usually also involved, Bubrick notes. “Some may start to get some benefit within the first few months, but there are reports of some people getting 50% seizure reduction or more,” but that may take up to three years to build up and not everyone sees a benefit.

“It’s sort of a rule of thirds,” Bubrick explains. “A third of patients get a 50% seizure reduction; a third get a worthwhile seizure reduction, somewhere between 30% and 50%; and a third has less than that or no benefit. It’s about the same as adding a drug but without those side effects.”

But some patients may become essentially seizure free, Alexopoulos notes. “It’s a complementary therapy. It does not substitute for medications, but if you’re doing better you may actually decrease the amount of medicines you’re taking.”

[See: Relieving the Stigma of Epilepsy.]

Side Effects of VNS

Vagus nerve stimulation has been shown to be helpful for some patients who haven’t found adequate seizure control with medications. It also tends to have fewer side effects than some of the powerful anti-seizure medications that are often the first line of defense in severe epilepsy.

“Some people get a little cough with it or they can sometimes feel the electrical stimulation,” Bubrick says. “Some people think it’s uncomfortable, but most get used to it and don’t even notice it anymore. Sometimes when it goes off, you can get a little hoarseness. Those are the main complaints, but they’re pretty mild and you get used to it over time.”

Alexopoulos adds that these stimulation-related side effects typically only occur when the stimulation is happening. He also notes that adjusting the stimulation can reduce these effects so they’re more manageable. Also, because the device is implanted under the skin during a surgical procedure, “infection after surgery” is also a potential risk, but one that can also typically be mitigated.

Because the device is non-pharmacological and can be programmed to run continuously in the background, you don’t have to remember to take medications at a specific time. And if you can reduce the amount of medications you’re taking, that can reduce side effects of those medications that can be common, such as sedation and detrimental effects to the liver and kidneys.

[SEE: What to Know About Anxiety Medications.]

Other Applications of VNS

Because the vagus nerve is implicated in so many aspects of health in the body, researchers have been looking into other ways to use neuromodulation to address other health issues. These include:

Major depressive disorders. Some patients also experience a boost in mood, which while technically a side effect, has provided another way for this type of treatment to be used — in the treatment of major depressive disorders. In 2005, the FDA approved VNS for use in some cases of depression, but Bubrick notes “it never really got much traction in the psychiatric world because it’s not usually covered by insurance. But it does elevate mood.” Sometimes that’s a benefit that epilepsy patients report.

Cluster headaches. Alexopoulos notes that VNS has also been approved for use in certain kinds of headaches, such cluster headaches with a different device that’s not implanted but similarly stimulates the vagus nerve.

Stroke. Additionally, “very recently, and it’s quite exciting, VNS was approved for rehabilitation in people who have suffered a stroke,” Alexopoulos notes. It can help these patients regain some functionality in upper extremity mobility, he adds.

Obesity. There may even be applications for obesity. In 2016, the FDA approved use of a VNS device for people who meet certain criteria because vagus nerve stimulation can help regulate feelings of hunger and satiety. “It’s not entirely clear whether there’s a long-term benefit of this procedure, and this is something that’s under investigation,” Alexopoulos says. But he adds that when it’s used to treat obesity, the device is implanted in the stomach.

There are also potential applications in the treatment of Alzheimer’s disease and some mental health disorders such as bipolar disorder. “We’re not there yet,” Alexopoulos cautions, but as the science develops, VNS could become a more widely used therapy for these or other conditions.

For the time being, VNS is a lifeline for some people with epilepsy. Though it’s “not a cure for epilepsy,” Bubrick says, it can help those who haven’t had success with other treatments get some relief from symptoms. Implanted devices that stimulate the brain, such as for people with Parkinson’s disease and other conditions, “is hot in neurology right now. But those are much more invasive. It’s still nice to have this less invasive option. VNS still has its role and we still use it even though it’s older.”

What Are the Symptoms of Coronavirus?

Top Medications That Can Make You Tired

Questions to Ask Your Doctor for Nerve Pain

What Is Vagus Nerve Stimulation? originally appeared on usnews.com 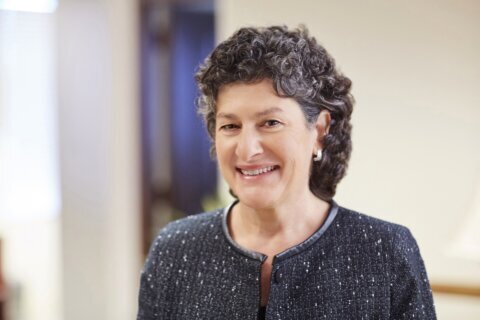