Why Turner felt Allen was ‘selfish’ during the play he got injured originally appeared on NBC Sports Washington On a…
Listen now to WTOP News WTOP.com | Alexa | Google Home | WTOP App | 103.5 FM

On a third-and-1 on Sunday against the Rams — a sequence that would turn out to be his final moments on the grass at FedEx Field — Kyle Allen saw an opportunity to dive for a first down and energize his offense at a time when he felt like they needed to be.

Instead, Allen put his offense in a worse spot, even though his intentions were positive. By lunging for the marker, he exposed himself to a shot from Jalen Ramsey, a collision that Ramsey won. Allen stood up, grabbed his shoulder and immediately walked to the bench.

He’d later be cleared to return to action, yet Ron Rivera opted to keep him on the sidelines to prevent further injury. Alex Smith triumphantly replaced Allen but then went on to have major issues moving the ball, and the entire unit fell apart.

When reflecting on that play on Wednesday, offensive coordinator Scott Turner did not go easy on his quarterback.

“He doesn’t need to be doing that,” Turner told the media, after earlier identifying the decision as “reckless”. “Fourth-and-1 and it’s the last drive of the game or something like that, maybe you get into a situation like this. It’s a long game and it’s a long season. No, we’ve got to be smarter than that.”

Point proven, right? Not yet.

“Obviously, not only is it kind of a bonehead play to put yourself in that situation, but it’s also selfish as far as now he got hurt and now he’s not available to help the rest of his teammates,” the coach added.

A few minutes after Turner wrapped up his presser, Allen took a turn with reporters. He, too, had a chance to go over what happened on the run and what he hopes to learn from it.

“Tried to stick my nose in there, obviously got hit by a better player who’s more used to hitting like that than I am,” Allen said. “In talking to Scott and everyone, it’s just, I have to check myself a little bit more.”

Fortunately, Allen’s arm issue didn’t end up being too serious, and he’s in line to start again for Washington this weekend in New York. And while he does intend to be more careful if he encounters a similar scenario, he also believes what he did in Week 5 embodies his overall approach to football.

“That’s why you see me do that on third-and-1 and stick my nose in there because it really does mean that much to me,” Allen said. “This is all I play the game for, is competing. It’s every day.”

As someone who’s entered every year as a backup, Allen understands how rare a chance to run the show is. Therefore, he doesn’t want to leave any positive result, even if it’s just one extra yard, out there. There is a balance, however, and he may need to slide a bit more toward the smart end of that scale and a touch away from the aggressive end.

Coaches always say they’d rather have someone who goes too hard than someone who doesn’t go hard enough. But as Turner demonstrated with his comments on Wednesday, intelligence matters as much as effort. Allen displayed plenty of the latter versus Los Angeles, but he’ll need more of the former to keep the job that’s his, for now. 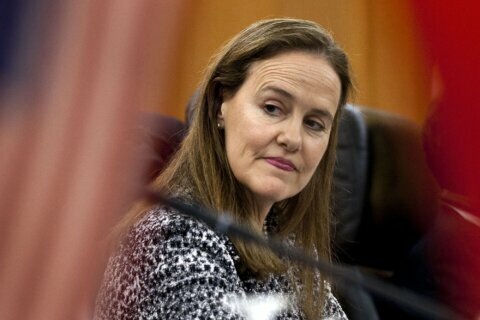