He announced the news around 11 a.m. from his home in Woodbridge.

He told NBC4 he wants to “knock off” the Virginia Democrat and that he’s “going to be running a ruthless campaign against Tim Kaine.”

Stewart’s run for the GOP nomination for governor was marked by his brash rhetoric and unwavering support for President Donald Trump.

But the Prince William County Board of Supervisors Chairman lost the support of some Republican colleagues due to his opinions on Confederate symbols and his use of the Confederate flag during campaign events. 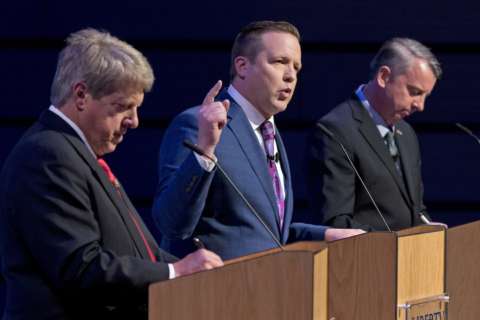