WASHINGTON — Drivers have been able to use the I-95 Express Lanes for free, but starting Monday morning, the lanes’…
Listen now to WTOP News WTOP.com | Alexa | Google Home | WTOP App | 103.5 FM

WASHINGTON — Drivers have been able to use the I-95 Express Lanes for free, but starting Monday morning, the lanes’ tolls begin.

While tolling begins at 2 a.m., Virginia State Police officers took time Sunday to show how they will catch express lane violators — by using newly-installed equipment in their patrol cars.

Officers met with the media for the demo at the Park-n-Ride Commuter lot in Prince William County, right off of I-95 by Occoquan/Route 123.

“It’s definitely going to be a learning process,” says state trooper Joy Gary, comparing this learning curve to when the 495 express lanes opened.

Gary’s police cruiser was decked out with EZ pass readers in each backseat side window — one on the left, one on the right.  The readers feed to her computer, mounted to the side of the driver’s seat.

Under HOV mode, for instance, officers can identify the car and determine if there are three or more passengers inside. That helps determine if drivers should be ticketed or not.

The southern extension of the lanes opened early December, but weren’t tolled. As a result, many travelers found themselves trapped in 10-mile traffic jams.

By Saturday afternoon, the line to exit the express lanes began south of Dale City. Some drivers said it took nearly two hours to get away from them. Traffic was heavy in the main lanes throughout Stafford County.

For more information about the toll lanes, read WTOP’s I-95 express lanes FAQ. 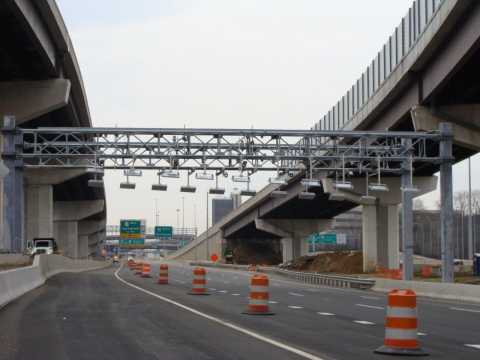 What you need to know: Express Lanes Q&A 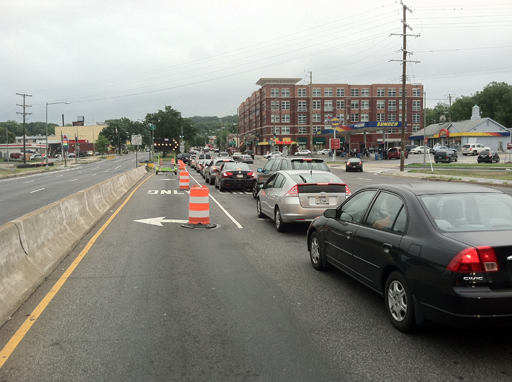