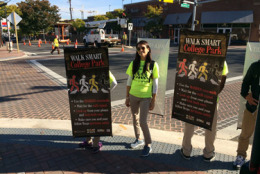 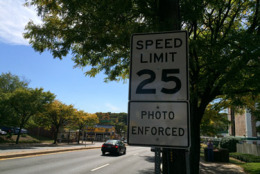 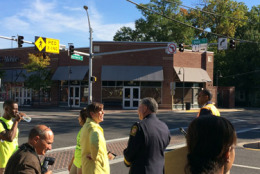 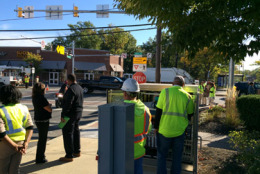 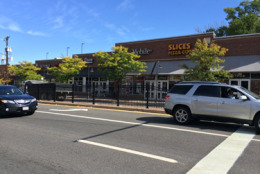 COLLEGE PARK, Md. — Three college students were killed and several others injured this year while attempting to cross a dangerous section of U.S. Route 1 near the University of Maryland-College Park.

The pedestrian fatalities spurred calls for change from students, lawmakers and families of the victims.

On Thursday, the Maryland State Highway Administration (SHA) officially completed a number of safety improvements with the launching of a pedestrian signal at Hartwick Road. The new light stops traffic in all directions when a pedestrian crosses the busy highway.

“SHA fast-tracked these projects because we wanted to ensure we can deliver them in the fall semester,” said State Highway Administrator Melinda Peters.

In addition to the new signal, the speed limit has been lowered to 25 mph, speed cameras became active 24/7 and a median fence was erected to encourage pedestrians to use the crosswalks.

“What’s amazing is that we didn’t have more deaths prior to this,” said Chief David Mitchell of the University of Maryland-College Park Police Department. He said the three deaths this year brought forth the inherent risks when it comes to U.S. Route 1.

But Mitchell said the state stepped up to the plate with amazing speed, and he hopes this, along with continued enforcement and pedestrian and driver education, will make the area safer.

Cole Holocker is a sophomore at UMd., and serves as the liaison between students and City Council. He says changes in student behavior are already being seen with the addition of the new signal and fence.

“We’re seeing students get the message about why they need to be safe on U.S. Route 1,” Holocker said.

Dangerous behavior on the part of drivers and pedestrians has been well- documented along the stretch of road. Chief Mitchell says his department, in cooperation with Prince George’s County Police, has arrested 500 drunk drivers.

“Sometimes it takes getting people together on the same page, and meeting over the course of some months to create a situation where things are happening,” said Prince George’s Councilman Eric Olson, discussing why he thinks it took some time to bring about the safety changes. State Highway Administrator Peters says the state has been looking into the U.S. Route 1 corridor for some time, and a pedestrian safety audit was completed last fall.

“All of the improvements that were implemented were all part of the recommendations that came out of that pedestrian safety audit,” Peters said.

When it comes to educating students about the risks of jaywalking and unsafe driving, the group “Walk Smart College Park” was formed. Using street teams and on-campus outreach programs, the group hopes to spread the word about safe practices when it comes to driving and walking in the area.

Chief Mitchell said even with all the changes, the students who died will not be forgotten.