A famous food brand opened a four-week pop-up restaurant, but food isn\'t the only thing on the menu. What it hopes to accomplish.
(1/14) 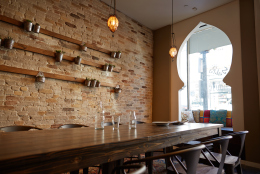 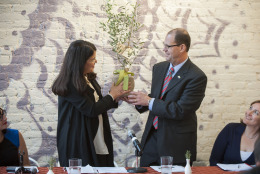 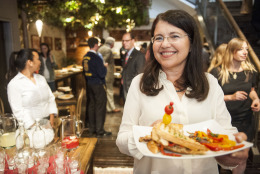 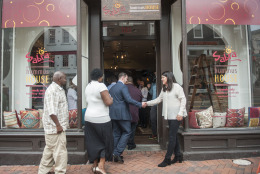 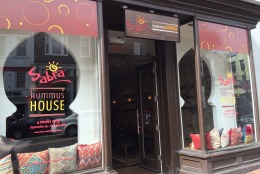 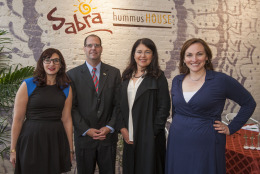 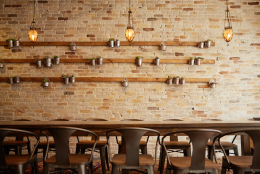 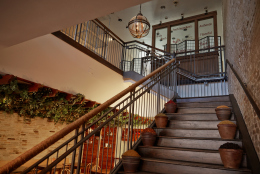 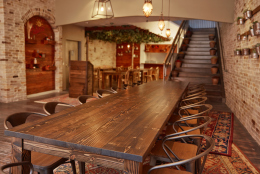 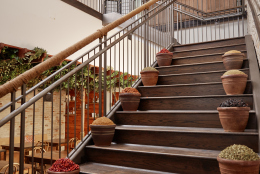 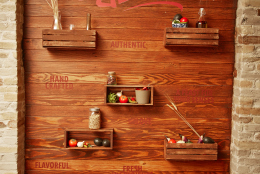 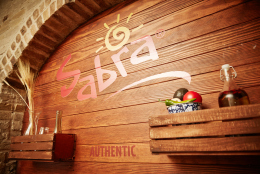 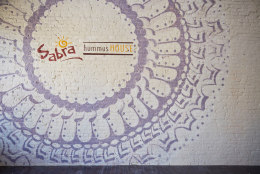 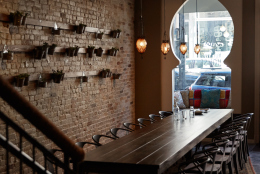 WASHINGTON — It’s most often thought of as a complement to pita chips or carrot sticks, but a major food company wants to show diners that hummus is so much more than a dip.

Sabra Dipping Co., a New York-based company that makes its hummus in Chesterfield County, Virginia, has taken over the two-story space at 1254 Wisconsin Ave., in Georgetown, to launch a four-week pop-up restaurant called Hummus House.

Tracy Luckow, Sabra’s global director of insights and innovation, says the purpose of the restaurant is three-fold. For starters, Sabra hopes to introduce hummus to those who are unfamiliar with the Mediterranean chickpea spread.

“While hummus appears to be everywhere — in every grocery store, in every airport — about 70 percent of Americans don’t buy hummus, and those who do buy hummus, they’re buying it on average five times a year,” Luckow says.

For those who are more familiar with the spread, Sabra hopes to highlight new ways to eat and experience hummus.

“Whether that’s on a sandwich or on a panini, or on a tostada, or warm, or chunky with lots of vegetable chunks in it, we want to stretch people to new flavors and new ways to consume it,” Luckow says.

The third component to the concept is to connect with the community. The second floor of the building is not outfitted with tables and chairs; it’s a space where the Hummus House holds seminars, film screenings, art exhibits and more.

But make no mistake: Food is the focus. Sabra hired D.C.-based food lawyer and former “Food Network Star” finalist Mary Beth Albright as the chef for the pop-up. Albright’s influence on the menu is evident, from the inclusion of local products — 2Armadillos chickpeas and Arcadia Farm vegetables, to name a few — to her own recipes (the babaganoush and the tzatziki are from Albright’s kitchen).

“I have to tell you, it was really exciting to have hummus not just as a dip, but as an ingredient and to explore that,” says Albright, who spent several days at Sabra’s test kitchen in Richmond to try out menu ideas. “You have not had fun until you’ve worked in one of those kitchens and played. And that’s what it was to develop this menu.”

Hummus plates that profile different toppings and oils are also available, such as hummus with edamame, crystallized ginger and sesame oil, and hummus with salty roasted pumpkin seeds and pumpkin oil, to name a few.

“Even if you’re a cook

The Latest: Oddsmakers list Wilder versus Fury a tossup