The Loudoun County Sheriff\'s Office says the driver lost control of a Honda CR-V on nearby Countryside Boulevard, crossing all lanes and the median before slamming into the rear of the store.
Listen now to WTOP News WTOP.com | Alexa | Google Home | WTOP App | 103.5 FM
(1/3) 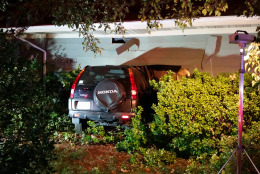 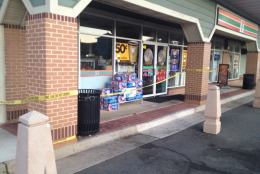 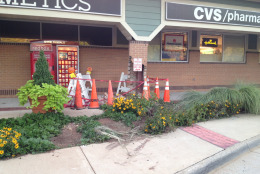 WASHINGTON — A 7-Eleven is closed after a driver lost control of an SUV and careened into the store.

The Loudoun County Sheriff’s Office says the driver lost control of a Honda CR-V on nearby Countryside Boulevard, crossing all lanes and the median before slamming into the rear of the store.

The crash cut power to the building and demolished a storage area.

A night worker had walked out of that area just moments earlier. “When he came in the front, that’s when the car went in,” says franchise owner Zahid Hussin.

The worker was “very scared” by the crash but was not injured. The driver suffered minor injuries.

Plastic sheeting now covers the rear of the building and contractors are working to restore power. Hussin says the store could open later Friday or Saturday.

It hasn’t been a great week for drivers at the shopping center. More caution tape sits on the other side of the parking lot, where workers say earlier this week another car drove onto the sidewalk, smashing into a brick column.

Barrett emerges as court favorite; Trump to pick by weekend