Not in Italy: Some of the best limoncello is being made in W. Va. 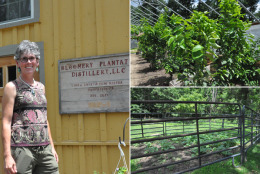 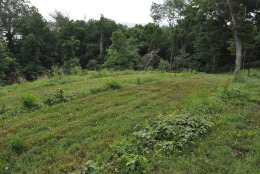 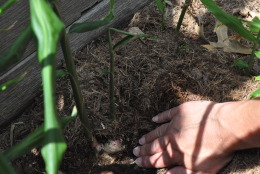 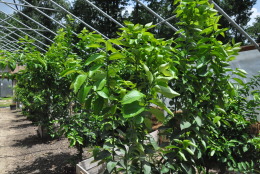 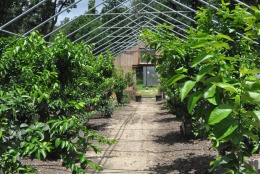 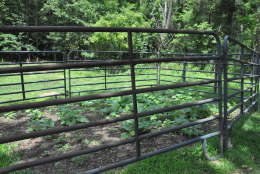 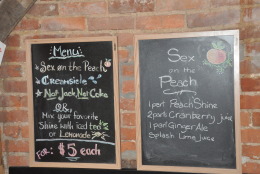 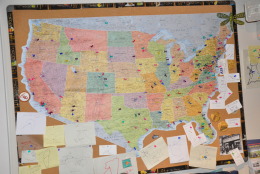 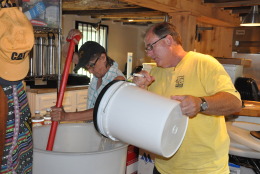 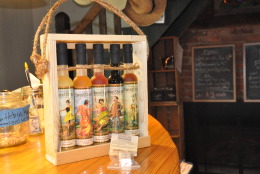 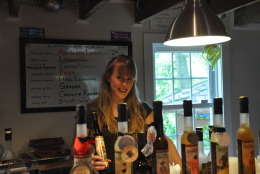 Four years ago, the Baltimore County, Maryland, resident was visiting the Vatican with family and friends when her step-daughter, who was studying abroad at the time, offered her a pour of the traditional Italian liqueur.

“It was awful — like college-grade stuff. It was just really bad,” she says, acknowledging her atypical reaction to an adored Southern Italian digestif.

But on her last night in Italy, Losey decided to give limoncello a second try. A restaurateur offered her a glass of his grandmother’s recipe — and she was instantly surprised by the difference in taste.

Losey and her husband, Tom Kiefer, brought two bottles back to their Maryland home and ardently consumed them.

“We realized in a very short time that we would be out [of the liqueur], and so we decided that we’d try to find some limoncello that had the same flavor profile as what we had in our freezer from the Italian trip,” she says.

But of the 22 bottles they purchased in the U.S., none of them paralleled the taste. So Losey decided to take matters into her own hands: She researched recipes, mixed and matched ingredients and developed her own bottle of limoncello.

And she hasn’t stopped. Losey and her husband are the founders and co-owners of Bloomery Plantation Distillery, a small-batch distillery in Charles Town, West Virginia, that specializes in making eight liqueurs, including limoncello.

The couple opened the distillery just 11 months after they got back from their trip to Italy and since have racked up 14 international awards, many of which are for their limoncello.

On a recent Friday afternoon, I drove up the winding driveway to Bloomery, which sits on a 12-acre farm that dates back to the 1840s.

“I didn’t even realize the history of this place when I became intrigued by it,” says Losey of the property. She originally found the listing on Craigslist and then came to learn of its history — it used to be one of the largest bootlegging operations in the area.

As I walked up to the rustic yellow and gray structure, Losey came out on the porch — an original part of the building that once served as the slave quarters of Willowdale Plantation — and delivered a lighthearted introduction she often recites to visitors.

“So, this is my husband, Tom, and this is my ex-husband, Rob, and together we are Bloomery SweetShine. And yes, we are from West Virginia, where relationships can be just a little complicated.”

Bloomery is technically a farm distillery, meaning it has to grow 25 percent of its agricultural ingredients.

Consequently, its focus is not on making the 190-proof corn alcohol that’s used in its recipes, but on the locally-grown ingredients that spend time macerating together before they are married with moonshine to create a final product.

“Anybody can grow corn; you can’t grow it on 12 acres here, so we would need a lot more acreage to grow the corn in order to make the 190,” Losey says. “That’s not where the art is. The art’s not in moonshine; it’s taking it down to the finished product.”

In a greenhouse, Losey grows 40 Italian Santa Theresa lemon trees and 300 pounds of Hawaiian ginger. The property also has 2,000 raspberry plants, walnut trees and a pumpkin patch — all of which are used to flavor the moonshine and make the liqueurs.

“Our whole focus is that we grow as much as we can, and what we can’t grow, we source locally. The focus is small, American farms,” Losey says. “We make all of our syrups here; we hand-chop, hand-zest, hand-pick everything, as well as hand-write on every bottle.”

Because of the commitment to grow a majority of the ingredients and hand-craft all the liqueurs, everyone on Bloomery’s 14-person staff does a little bit of everything.

Eric Bell acts as the operations manager, the chief financial officer and the master mixologist. Rob Losey, Linda’s ex-husband, planted all of the raspberry bushes and built the farmland’s irrigation system. He is also the national sales and distribution manager.

Bill Nicewarner, the distillery’s production manager, is the one responsible for macerating, mixing and producing the eight liqueurs (nine when it’s time to make the seasonal pumpkin liqueur).

Currently, he makes about two batches — or 35 12-packs of liqueur bottles — each week. At the time of my visit, Nicewarner was working on one of the final stages of the black walnut liqueur: pouring the moonshine into a large vat of already-macerated green walnuts, a cane sugar simple syrup and a variety of spices.

“We start out by cutting up green walnuts, and then we let them soak for a while. And then we add a couple of other things to it and it soaks for another couple of weeks or so,” Nicewarner says.

From start to finish, most of the liqueurs take between four to six months to make. They are bottled on the first floor of the distillery and hand-labeled with the proof of the small batch before being shipped to 42 states, including D.C.

Mix and Match: A Sweet Spin on Moonshine

Bloomery’s 50-by-16-foot tasting room has seen an estimated 38,000 visitors since it opened in 2011, Losey says. And a map on the tasting room wall illustrates its popularity.

It’s decorated with pins to show the states from which visitors have hailed. Those who’ve visited from Australia, Ethiopia, Russia and Spain added their countries of origin to the map with sticky notes.

A chalkboard with a recipe for “Sex on the Peach” hangs on the opposite wall. Behind the bar, Allison Maderino runs through the list of Bloomery’s liqueurs.

The limoncello is the distillery’s flagship drink; it’s also the best-selling variety. Losey says the secret to making the limoncello is hand-zesting all of the lemons that go into each bottle.

“When you hand-zest it, you don’t get into the pith; you just get the golden skin of it, and that has all the oils and not the bitterness,” she says.

The juice from all of the zested lemons is used to make one of Bloomery’s other products: the hard lemonade. Bloomery also turns out a creamy limoncello, a black-walnut liqueur, a peach liqueur, a chocolate-raspberry liqueur, a ginger liqueur and a raspberry-lemon liqueur.

“I like it in a raspberry vinaigrette on top of my salad,” Maderino says about the raspberry-lemon. “Remember, if you’re using a utensil, you’re not drinking; you’re eating.”

All of Bloomery’s SweetShines are designed as “sippers,” but the distillery focuses on finding different ways to incorporate the liqueurs into food and drink recipes.

“Limoncello — you know you can put in the freezer and sip it, but we like to expand that, because we’re such foodies and we love to play,” Losey says. “You can take coffee and serve it with the chocolate raspberry and that will change your morning routine.”

Maderino’s recommendations include mixing Bloomery’s creamy limoncello with orange juice and a splash of vanilla club soda for a drink that tastes like a Creamsicle. Losey likes to mix her limoncello with habanero bitters and vodka for a “hot-ass lemon drop,” and everyone there swears by combining the ginger liqueur with an IPA.

The staff at Bloomery continues to work on its cocktail combinations, and frequently takes its unique recipes on the road to showcase the drinks at festivals and events.

Because Bloomery is not a distillery, customers can’t purchase a bottle and consume it on the property. But that doesn’t stop people from lounging in the backyard to listen to live music after a tasting on the weekends.

Losey thinks back three years to the day Bloomery opened its doors; she says there was a line out the door. Three years later, Bloomery still packs its tiny tasting room each weekend with visitors curious for a sip of sweet moonshine.

In 2011, Bloomery was one of 224 craft distilleries in the U.S. Now, there are more than 600. But Bloomery still has a unique niche in the world of spirits. Most distilleries make vodka or whiskey; Bloomery is one of a handful of liqueur makers in America.

“Most liqueurs are foreign — from Italy and France — and so to be able to craft something all-natural and award-winning and still be very American is such a joy,” Losey says.