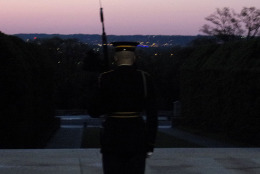 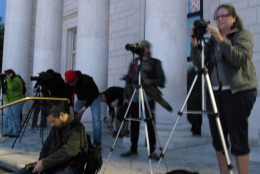 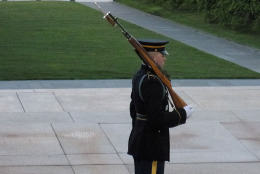 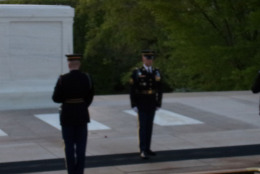 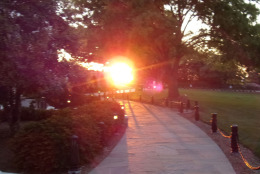 WASHINGTON — Flickr, a popular photo sharing social network, is celebrating its tenth anniversary this week. To celebrate the milestone, users across the world participated in a global photo shoot featuring 1,000 people in 20 countries, according to Flickr.

Cindy Li, a product designer with Flickr, says people across the world were taking part in a global photo shoot Sunday to celebrate Flickr’s 10th birthday.

“There’s one in New Zealand, Hong Kong, China, Taiwan, [and] India,” in addition to Sydney and Melbourne, Australia, says Cindy Li, a product designer for Flickr.

At 5 a.m. Sunday, cars were lined up on both sides of Memorial Avenue outside of the cemetery.

Lynch says the cemetery is inundated with requests from amateur and professional photographers, so it was a no-brainer to become part of the Flickr photo shoot. She says about 115 people signed up ahead of time: “And you can see from all the cars, they showed up.”

Laurie Owens from Fairfax was heading to Arlington House for the sunrise. But she says she isn’t really a Flickr follower. Owens says, “More of a fan of the cemetery and as well as just seeing the sunrise of the city.”

For Pamela Sullivan Pond being here was extra special since both of her parents are buried at Arlington. She says,” It’s pretty amazing to see all the people that have come to see all this. And in fact I couldn’t sleep last night because I just couldn’t wait to get here to see all this. “Wow this is phenomenal,” she says about the view while stopping in-between taking pictures. And adds, “It’s a pretty unique experience and I’ve never been in here this time of morning. I just see sheer beauty.”