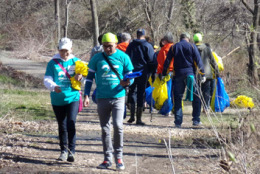 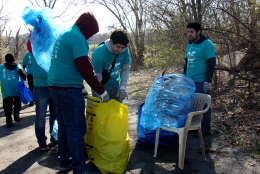 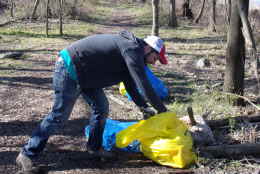 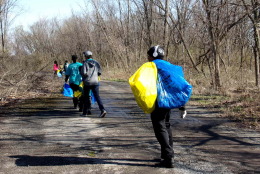 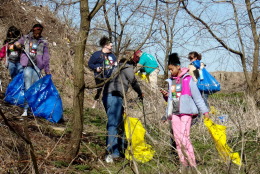 WASHINGTON — It’s April, so it’s time for spring cleaning. But this cleaning is of the Potomac River and its tributaries.

On Saturday, volunteers – clad in boots and gloves, and armed with trash bags – gathered to clean the Potomac River and its tributaries.

It was the 25th year for the annual Potomac River Watershed Cleanup.

Clara Elias, a program manager with the Alice Ferguson Foundation that started the Potomac River Watershed Cleanup, says the beautification would be duplicated at hundreds of sites across the District, Virginia, Maryland, West Virginia and parts of Pennsylvania.

Volunteers have picked up roughly 6.5 million pounds of trash from the Potomac River since the cleanup began in 1989. In 2013, more than 14,000 volunteers hauled in 312 tons of debris.

Also on Saturday, the Anacostia Watershed Society’s Earth Day Cleanup was taking place. “It’s actually a nice day to be out here,” says Derek Herr, a Capitol Hill resident helping with Saturday’s cleanup at Kingman Island in DC. “It’s just good to kind of have your feet on the ground, and be a part of the effort to make it look better and be healthier.”

The same goes for Robert Bisard, 10, who, along with his mother and brother, helped clean the Anacostia River at Kingman Island. Says Bisard: “It’s important to me because I want to make the environment clean.”

To mark the 25th anniversary of the Anacostia Watershed Society on Saturday, Kingman Island was one of 25 sites along the Anacostia River (in DC and Maryland) that was being cleaned up.