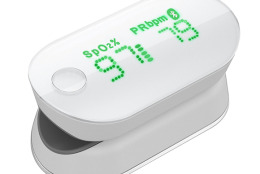 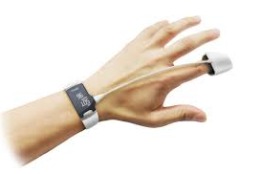 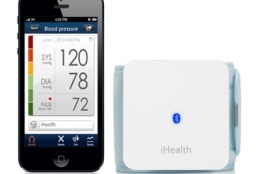 WASHINGTON — Wearable technology is likely to play a major role in the future of healthcare, despite the medical health care’s field tendency to resist change, according to analysts.

“The wearable device sensors are getting cheaper. It seems the one area they’re really going to be most helpful is the healthcare and the medical section of the market,” says Debra Borchardt, markets analyst with The Street.

While some think wearable devices are limited to Google Glass and smartwatches, developers are finding ways to integrate sensors into clothing and other gadgets that are unobtrusive to carry.

“They monitor heart rate, some can track the glucose levels that are coming out of your skin. some of them have gyroscopes in them that track activity,” says Borchardt. She adds that the popularity of fitness monitors is the first widespread acceptance of wearable technology.

“Those are really great for elderly care,” says Borchardt. “So if you’re trying to monitor your parent and maybe you live across the country, this is a great way to monitor them to make sure their heart rate is fine, their stress levels are acceptable.”

Wearable medical devices unveiled at CES this year include an ambulatory blood-pressure monitor, which offers round-the-clock tracking with the option of choosing testing intervals.

A wireless ambulatory ECG features built-in electrodes that attach to a user’s chest and deliver data wirelessly to a user’s mobile phone, which sends it to the cloud where doctors can access the data, according to CNET.

A wearable pulse oximeter continually measures blood oxygen saturation and pulse rate, with a fingertip sensor that connects to a wristband.

Ironically, the technological developments and possibilities are being presented to an industry that’s often reluctant to change.

“The medical health care field is known for wanting to keep things the traditional way,” says Borchardt. “They’ve really been the last business to adopt technology.”

“It’s been a real struggle to get people to adopt this technology and yet, this is where all the technology is going, in the medical side of the business,” says Borchardt.

“I think you’ll start to see more of this adoption in the areas where people want alerts,” says Borchardt. “Let’s say you have a child who has epilepsy. You’ve got stories of parents who sleep in bed with their epileptic children because they’re worried they’re going to have a seizure and they won’t be there for them.

Borchardt says the experts she’s talked with in the technology and medical fields expect uses and users for the equipment will continue to develop quickly.