One of the lesser profiled moments, known as \"Freedom Summer,\" is being recognized in a photo exhibit that opened Friday at the Newseum.
Listen now to WTOP News WTOP.com | Alexa | Google Home | WTOP App | 103.5 FM
(1/4) 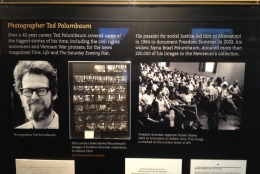 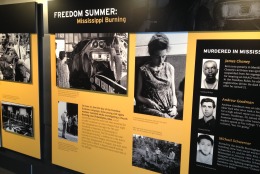 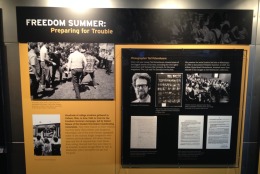 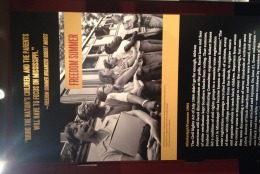 WASHINGTON — The Civil Rights Movement had its seminal moments: the Freedom Rides in 1961; March on Washington in 1963; the Selma-to-Montgomery March in 1965.

One of the lesser profiled moments, known as “Freedom Summer,” is being recognized in a photo exhibit that opened Friday at the Newseum.

Working for Time magazine, freelance photographer Ted Polumbaum traveled to Mississippi in the summer of 1964 to document a massive campaign to register thousands of African Americans to vote.

“I’ve never spoken to anyone who was either a volunteer, or a civil rights worker, or a journalist covering the thing who didn’t say it was one of the great experiences of their lives,” says Nyna Polumbaum, Ted Polumbaum’s wife.

The collection of photos on display merge with another exhibit called “Make Some Noise: Students and the Civil Rights Movement.” They’re also part of the more than 200,000 photos Ted Polumbaum shot during his career that his wife Nyna donated to the Newseum’s collection.

“The exhibit powerfully illustrates the risks that student activists took 50 years ago to defeat segregation,” said Cathy Trost, vice president of exhibits and programs at the Newseum.

“Photojournalist Ted Polumbaum recorded the dramatic events of Freedom Summer and left behind a remarkable collection of images capturing key moments in the fight for civil rights.”

One of the most harrowing in the series are the faces of volunteers James Chaney, a black man from Mississippi, and Andrew Goodman and Michael Schwerner, two Jewish men from New York who were murdered during the campaign near Philadelphia, Miss.

Nearly 17,000 black residents attempted to register to vote, but only 1,600 applications were accepted.

Judy Polumbaum, Ted’s Polumbaum’s daughter, says she’s proud of her father’s work and she hopes that those who see the photos walk away motivated to improve the future by remembering the past.

“I hope it makes people reflect on how our society operates now, and how we treat each other now,” Judy Polumbaum says.

The exhibit will run through Dec. 28.