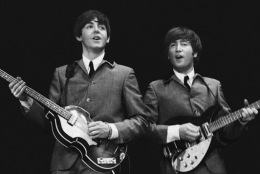 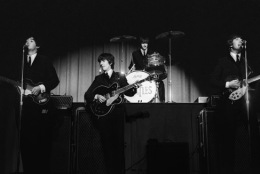 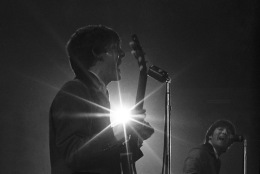 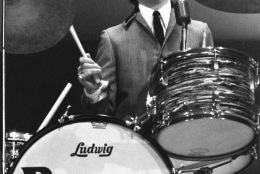 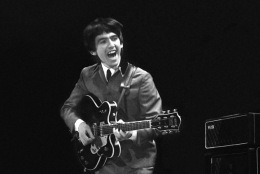 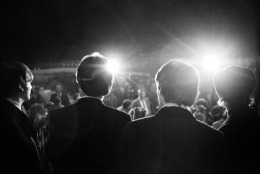 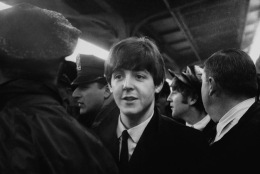 WASHINGTON – Beatlemania had swept Britain in the early 1960s, but it wasn’t until 1964 that the Fab Four played their first concert on American soil.

The date was Feb. 11 and the venue was the now defunct Washington Coliseum on 3rd and M streets in Northeast D.C. It was just two days after the Beatles performed live on “The Ed Sullivan Show” for more than 73 million fans. Tickets ranged from $2 to $4.

To commemorate the historic concert, the DC Preservation League is planning a 50th anniversary celebration. “Yesterday and Today” features a full night of food, music and even memorabilia displayed at the Coliseum site, originally called Uline Arena.

Aside from hosting the Beatles, the arena was also one of the first venues in the country to racially integrate.

Five pairs of original Uline Arena wooden chairs will be raffled off at the Beatles tribute night. Raffle tickets are $20. Click here for more information.

Photographer Mike Mitchell will also be showcasing his work in the days leading up the event. He was just 18 years old and working as a freelance photographer when he captured the historic performance. Mitchell managed to get up on stage and shot some of the most iconic images in rock and roll history.

The collection was first unveiled in 2011 London at a Christie’s auction. “The Beatles Illuminated: The Discovered Works of Mike Mitchell” sold for $361,938.

See prints of these images Feb. 8, 9 and 11 in the lobby of the Uline Arena. Click here to buy your own.

And on Feb. 11, Beatles tribute band BeatleMania Now will perform the group’s original 1964 set and more of the band’s greatest hits.

Tickets are $45 for standing room and $100 for seats. Click here to purchase online.

If you can’t make the concert, tune into CBS Feb. 9 for a special tribute honoring the Beatles. Performances include John Legend and Alicia Keys singing “Let It Be,” Katy Perry performing “Yesterday,” John Mayer and Keith Urban teaming up on “Don’t Let Me Down” and Brad Paisley and Pharrell Williams doing their rendition of “Here Comes the Sun.”

“The Night That Changed America: A Grammy Salute to The Beatles” will air from 8 p.m. to 10 p.m. on the anniversary of the Beatles’ appearing on “The Ed Sullivan Show.” Click here for more information.

Look out for special appearances by Paul McCartney and Ringo Starr.

Watch the Beatles on Ed Sullivan below: