An elderly man has died in a fire in College Park on Sunday morning that is being described as \"absolutely a nightmare.\"
Listen now to WTOP News WTOP.com | Alexa | Google Home | WTOP App | 103.5 FM
(1/4) 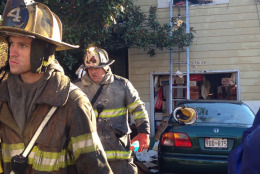 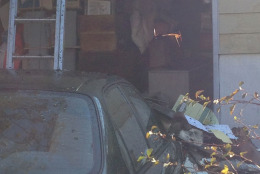 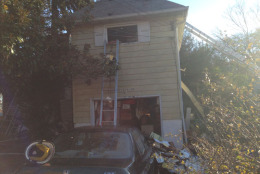 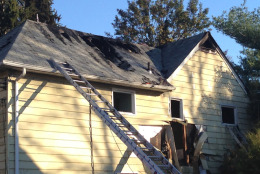 WASHINGTON – A College Park, Md., fire claimed the life of a man Sunday morning in a situation described as “absolutely a nightmare.”

Prince George’s County firefighters were called to the multi-level home at 5255 Palco Place at 5:10 a.m. for a house fire with smoke coming from the second floor.

Fire Chief Marc Bashoor says firefighters were met by a woman in her 80s who said her husband was trapped inside.

The Prince George’s County Fire Department says it believes the man who died is the woman’s 82-year-old husband, but is waiting on an autopsy to confirm the man’s identity.

When the firefighters went inside the house, they were confronted with what Bashoor called “Collyers’ Mansion conditions,” meaning it was packed with junk ceiling-high.

“A pack-rat type of situation,” Bashoor says, “with boxes and materials stacked floor to ceiling on all floors in all rooms.”

He says the couple had lived there for about 50 years, and the house was packed with “a little bit of everything from cardboard boxes to newspaper to mementos – all kinds of things.”

Bashoor says that fighting a fire in such conditions is “absolutely a nightmare … it just gives that much more to burn.”

He added, “it puts the firefighters in much more peril than they would normally be” because of all the material they have to work through.

“They’ve got to be moving stuff out of the way, just to be able to get into position,” he says. A normal house fire is a one-alarm assignment, Bashoor says, but this is the equivalent of “greater than a second-alarm assignment” because of the added equipment and people required.

The woman was taken to a hospital to be checked out for possible smoke inhalation. Brady says she’s in serious but stable condition. No firefighters were injured.

It took firefighters more than an hour to put out the blaze. Investigators are working to determine the cause.

After the initial search was completed, Brady tweeted that fire officials are “making appropriate notifications.”

Firefighters having to tear the side of the house off, to remove debris. pic.twitter.com/LBECznzG5g