Gov. Bob McDonnell says Virginia should review its contract with the owners of a private toll road in Loudoun County to determine whether anything can be done to clamp down on the rising tolls.
Listen now to WTOP News WTOP.com | Alexa | Google Home | WTOP App | 103.5 FM

WASHINGTON – How much is too much to pay to get from the Capital Beltway to Leesburg?

A hearing before the Virginia State Corporation Commission, set for Nov. 12, could shake up a long-standing contract with a private company and determine what drivers pay.

That company, Toll Road Investors Partnership II, owns the 14-mile Dulles Greenway where tolls could go up again early next year under a long-standing contract between the state and the company.

Combined with tolls along the connecting Dulles Toll Road, it will cost $16.80 for a car to travel round-trip during peak hours once the latest rate hike takes effect for Dulles Toll Road drivers on Jan. 1.

That doesn’t include any toll hike the Greenway owners could impose in 2014.

The legal challenge before the commission, brought by Delegate David Ramadan and others, will challenge the Greenway’s entire toll structure and its authority to raise tolls yearly.

In an interview Tuesday, Gov. Bob McDonnell wouldn’t comment directly on the hearing. But he calls the tolls a very heavy burden.

“I really feel for those people. That’s an extraordinary burden on a working family to pay that kind of toll,” says McDonnell.

But he is not sure what can be done with a contract signed in the 1990s.

“When I was attorney general, we looked at some of the legal issues and really couldn’t quite, at that point, craft a solution that didn’t violate the terms of the contract,” McDonnell says.

But he does say another look may be worth it.

The Dulles Greenway was built under a public-private contract and opened in 1995.

According to the company’s website, the highway is the sixth largest taxpayer in Loudoun County and has paid in $30.7 million in local taxes since 1997. 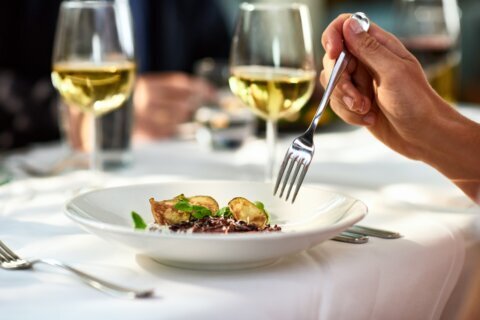