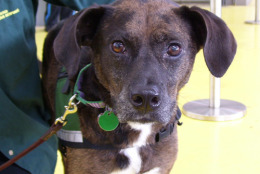 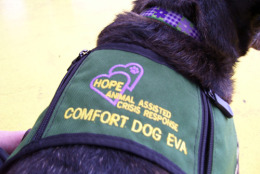 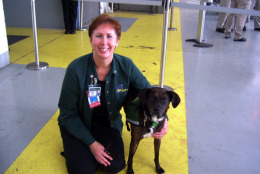 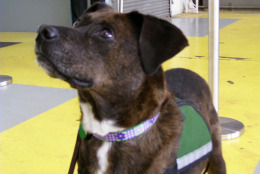 WASHINGTON – Often, when disaster hits, special teams are sent in to comfort victims and give hope to those who are left struggling emotionally — but an animal-assisted crisis response team is giving “hope” a new face.

She says several teams of therapy dogs were brought in to the school although those dogs weren’t trained in dealing with crisis situations. But the dogs were able to help the students begin dealing with the shock, horror and tragedy of the shooting the killed two students and left 22 others wounded.

HOPE is now a national nonprofit, which has been utilized several times in the region. The teams, which lead the recovery process, are made up of a handler and a comfort dog.

HOPE teams came to the area in the aftermath of Superstorm Sandy, which hit on Oct. 29, 2013. The dogs helped victims deal with the emotional impact of the storm, Rideout says.

Most recently, teams of comfort dogs visited the area after the Sept. 16 Navy Yard shooting that left 12 people dead and several injured before the gunman was killed by police.

HOPE’s east coast unit includes about 42 teams throughout West Virginia. There are more than 200 crisis response teams stationed across the country.

Rideout, who serves as a handler, says her first partner was a dog named Jannie who touched many lives.

“Through the work of HOPE, we’ve been able to make a difference in people’s lives who are going through a really rough time,” Rideout says.

She says while helping after the Virginia Tech shootings, she was surprised to find that not only did students need comfort, but the teachers and staff were deeply affected as well.

Now, Rideout has a new partner named Eva, a Louisiana Catahoula Leopard dog, who was found in a shelter.

For more information about the group and the dogs, visit the HOPE AACR’s website