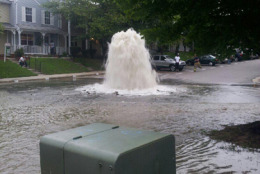 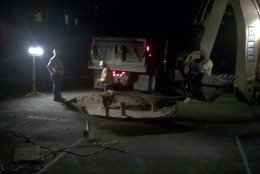 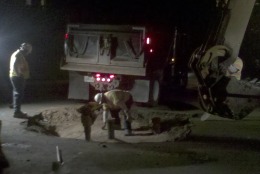 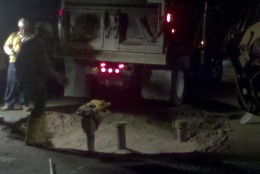 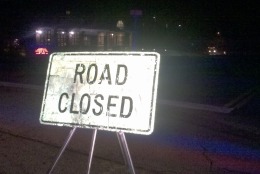 The water main break occurred in Dale City off Dale Boulevard near Catbrier Court at about 8 p.m. Sunday.

Officials closed the roads to traffic as water poured out of the break. The roads, which were the only ones in and out of the complex for its residents, left many stranded and unable to enter or leave the area. Crews repaired the roads and reopened them to traffic Monday morning.

Water was shut off for residents in the area overnight and it was restored to about 200 residents at about 2:30 a.m., according to a Virginia American Water spokesperson.

Crews spent Monday morning working to restore the roadway. They patched the roads and a sinkhole that was about 10 feet wide and 4 feet deep, the spokesperson said.

It is not yet clear what caused the water main break.