Metro is warning of delays and crowding on the Red Line Friday after the overnight derailment of a non-passenger train.
Listen now to WTOP News WTOP.com | Alexa | Google Home | WTOP App | 103.5 FM
(1/3) 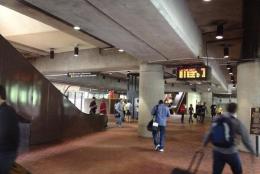 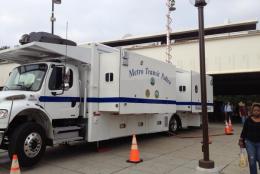 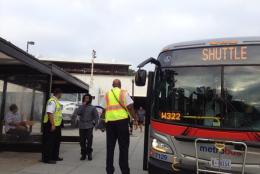 The disruptions were caused by a non-passenger train that derailed around midnight as it was being moved between rail yards.

There were no injuries, but the incident damaged track equipment — including the third rail and signal cables — near the Rhode Island Avenue station.

Metro says the restoration follows “hours of repairs and comprehensive testing of equipment.”

The derailment happened as Metro was moving six rail cars for maintenance from Brentwood Rail Yard to Greenbelt Rail Yard. As the cars were moving north, two sets of wheels derailed outside the Rhode Island Avenue station.

Service was cut between Fort Totten and NoMa-Gallaudet for several hours, and more than 40 shuttle buses were dispatched to alleviate commuter congestion, Metro says.

Because of Friday’s disruption, MARC will honor all tickets from Silver Spring at Union Station through the afternoon.