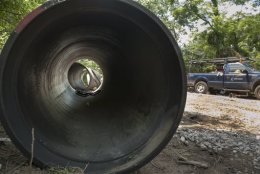 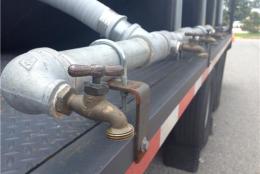 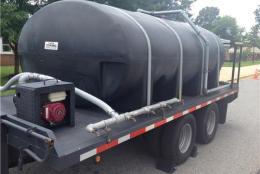 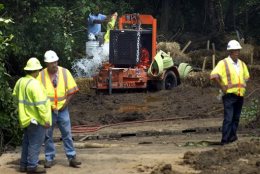 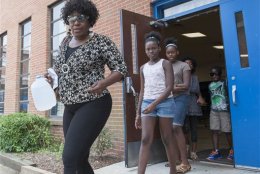 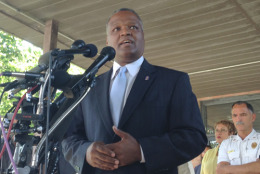 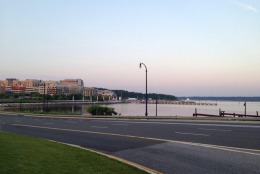 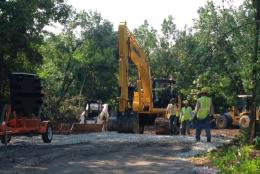 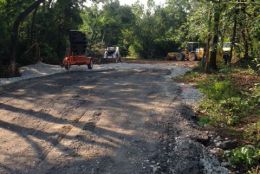 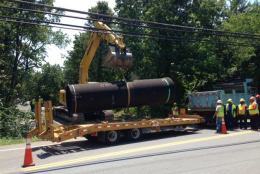 The failing 54-inch pipe has been repaired and normal service has resumed. The restrictions end immediately, the commission announced Friday evening.

“People in that area of Prince George’s County have a much more secure water supply,” says WSSC spokesman Jim Neustadt.

But the commission can’t promise that the same pipe or others like it won’t burst or come close to failing in the future.

“We will see how it does. But it is an old main,” Neustadt says. “Things will happen again no doubt about it whether its here on this location or some place else.”

Customer water conservation efforts helped take the strain off the system during the repair work.

“I want to extend a special thank you to everyone involved in making the repair to this pipe happen under some incredibly difficult logistical and weather-related circumstances,” said CEO Jerry Johnson in a written statement. “We are fully aware this was an extremely difficult week to be confronted with both water restrictions and a heat wave.”

WASHINGTON – Repairs on a 54-inch water main in southern Prince George’s County are progressing, and the Washington Suburban Sanitary Commission says the pipe could be put back into service this weekend.

The utility said Friday a weakened section of the main has been replaced, flushed and sealed. Once a water sample confirms the water is not contaminated, the line can reopen.

Once the test results come back, Hudson said “it’ll be a heartbeat and that word will be out.”

Residents are being urged to continue conserving water.

“People did an amazing job of conserving water,” said WSSC spokesman Jerry Irvine. “We just ask them to continue to do that.”

Questions need to be answered

“We have averted a major disaster,” said WSSC General Manager and CEO Jerry Johnson on Wednesday.

Key to averting the outage for roughly 150,000 WSSC residential and commercial customers was the closure of a valve near the failing pipe.

Four WSSC workers are credited with keeping those customers from completely losing their water service.

“We knew if we could get that valve to work, it would save a lot of headaches for the Commission,” said technician Tom Ecker.

For hours, the work was down 20 feet under the ground and in 3 feet of water.

Rebuilding the frozen valve was a move that WSSC spokesman Jim Neustadt called a “Hail Mary.”

Throughout the process, WSSC and Prince George’s urged customers to be patient.

Here are some guidelines from WSSC for what to do while the water restrictions are in place:

Some of the areas affected include the following:

Click here for an interactive map and to type in a specific address to see whether it’s affected.

Residents who live in the area in red are urged to stockpile water before service is shut off sometime Tuesday to replace a failing water main in southern Prince George’s County. (Washington Suburban Sanitary Commission)

“This could have been devastating,” he said. “Loss into the millions of dollars.”

“This is welcome news that allows businesses to remain open.”

Many businesses and restaurants shut down Wednesday, including National Harbor.

Business in National Harbor slowly reopened on Thursday, including The Gaylord Resort.

“The other businesses that were going to be booked for the next couple of days, we can give them the assurance that they can still keep to their plans and come,” said Kent Digby, spokesman for National Harbor.

With the region under a massive heat wave this week, some people have questioned why WSSC had to make the repairs.

The answer was simple. The agency did not want such a huge water main that serves so many people to burst. On Monday night, WSSC issued its warning that the water would be shut off.

“We explored every option of mitigation due to the weather. It was from WSSC that we got the clear picture that this was a dire situation,” said Scott Peterson, spokesman for the county executive.

For several days a warning system attached to the 54-inch pipe alerted WSSC that it may be ready to rupture. The wires that support the pipe burst.

The acoustic cables that signaled there could be a problem were put in service in June. They started pinging — signaling a problem — on July 12.

“We wouldn’t be doing this if there wasn’t an imminent problem with this pipe,” said WSSC spokesman Jim Neustadt on WTOP, said earlier in the week.

“Think about River Road when that water main exploded in 2008, and there was a pouring of water going down River Road. We don’t want this situation to end up like that,” said WSSC spokeswoman Lyn Riggins on Wednesday.

The water main wasn’t in an area that is easily accessible.

The utility built a road to where the section of failing pipe is located.

Neustadt said the section is in a wooded area that “is roughly bordered by the Beltway and Suitland Parkway and Forestville Road.”