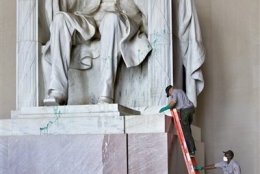 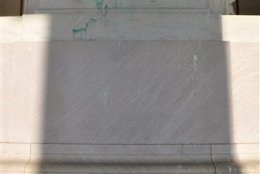 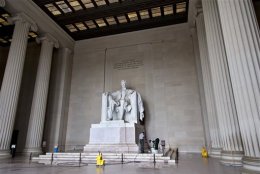 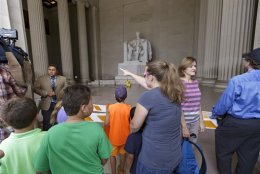 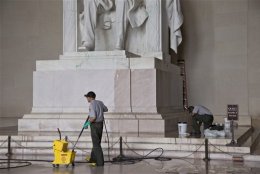 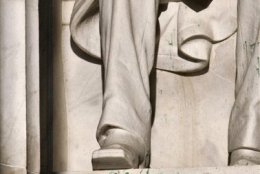 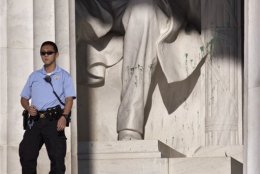 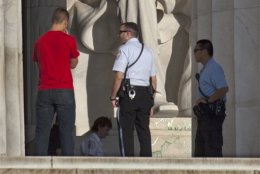 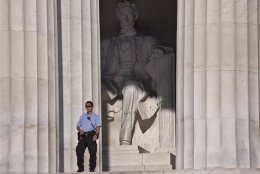 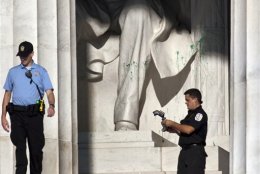 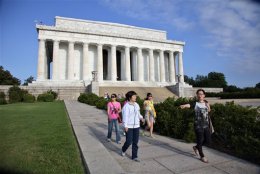 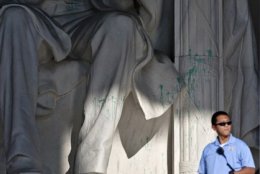 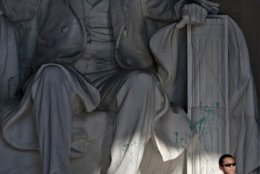 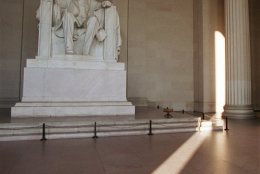 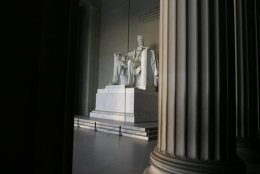 WASHINGTON – The Lincoln Memorial was reopened on Friday evening after vandals spattered green paint on the statue overnight.

The chamber of the memorial was closed throughout the day Friday as historic preservationists worked to clean the paint off the statue.

As of Friday evening, some green paint could still be seen on the statue.

U.S. Park Police say the apparent vandalism was discovered around 1:30 a.m. Friday on the statue, the pedestal and the floor. No words, letters or symbols were visible in the paint.

Capt. Steven Booker says the paint spill “appears intentional based off of the splatter.” He says police are reviewing security camera footage to try to identify possible suspects.

National Park Service spokeswoman Carol Johnson says the memorial will be returned to the condition it was in before the vandalism.

“It is not permanent damage,” she said. “It can be cleaned.”

Johnson says preservationists will help with the cleanup.

“We have very good historic preservation crews. They won’t do anything that will damage it. They’re very familiar with the marble,” Johnson says.

U.S. Park Police Lt. Pam Smith says the investigation is ongoing and there are no suspects at this time.

The memorial, one of the most popular sites on the National Mall, was dedicated in 1922 to the nation’s 16th president.

See a photo showing some of the paint from NBC Washington in the tweet below:

A picture of the green paint sprayed on the base of the Lincoln Memorial #breaking @nbcwashington pic.twitter.com/GsAZb9twf7

Vandalism closes the Lincoln Memorial #WTOP paint said to be splashed at base of statue #lincoln pic.twitter.com/DaUNhX1sAZ

Here are some of your social media comments. Note: Comments may contain language offensive to some.