The Federal Aviation Administration and the National Transportation Safety Board are investigating the crash of a small plane into a Herndon apartment building.
Listen now to WTOP News WTOP.com | Alexa | Google Home | WTOP App | 103.5 FM
(1/11) 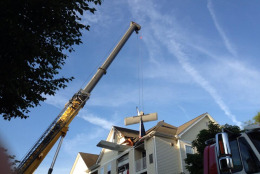 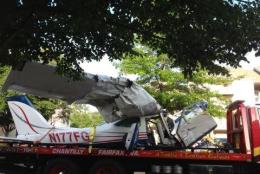 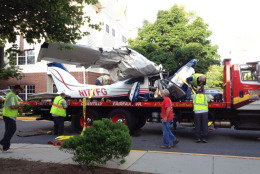 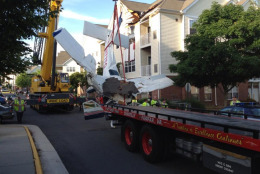 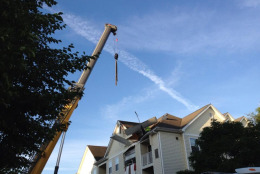 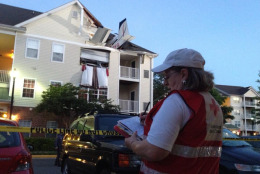 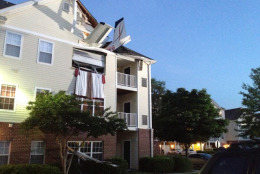 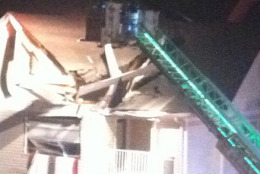 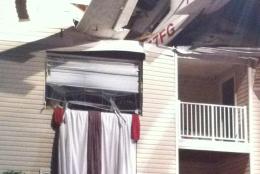 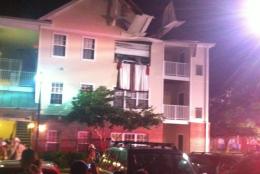 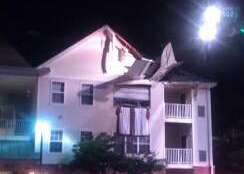 Editor’s Note: Scroll down to listen to the call to air traffic control from the Cessna 177B before it crashed into a Herndon apartment.

HERNDON, Va. – The Federal Aviation Administration and the National Transportation Safety Board are investigating the crash of a small plane into a Herndon apartment building.

The small plane, piloted by William Larson, 61, of Vienna, Va., experienced electrical problems and the engine cut off, according to the Virginia State Police.

Police say Larson was headed to the Manassas Regional Airport but contacted Dulles International Airport to be rerouted because it was low on fuel.

The two-seater, single-engine Cessna 177B crashed into a third-floor apartment at Dulles Greene Apartments, landing with its nose in the living room of the apartment. Police received word of the crash at 12:17 a.m. Friday.

The plane crashed into 2244 Astoria Circle, where six people — four adults and two children — were sleeping. The apartment complex is north of the Dulles Toll Road and east of Va. 28.

“Good thing it didn’t have any (fuel) when it crashed into the living room because we’d probably have a totally different scenario right now,” says Capt. Willie F. Bailey with Fairfax County Fire and Rescue.

“It didn’t hit into the bedroom area at all.”

Bedrooms flank both sides of the apartment’s living room.

Larson’s passenger, Tache L. Alejandro of Orlando, Fla., suffered only minor injuries and was treated at the scene, police say.

The third person taken to the hospital for treatment of non-life threatening injuries was a 33-year-old woman who was in the apartment.

Initially, the fire department said just one person from the plane was injured.

Police say Larson and Alejandro work for an aerial photography company. They left Northeast Philadelphia Airport, bound for Manassas, and were in the air taking infra-red photographs.

Witnesses say the plane’s landing gear was down. They describe the sound of the crash as being similar to a car crash or thunder during a storm.

David Ventura, who lives in the apartment, tells NBC Washington that he was in shock when he discovered a plane in his living room. He says he walked into the room and asked the pilot if he was OK.

“It could have been a whole lot worse,” says Bailey. “It’s a blessing that no one got killed or any major injuries.”

“It crashed right on top of us. We have five kids and we were trying to get everybody out,” Arteaga says.

Bailey says the crash did not cause any major structural damage to the three-story building.

A large crane removed the plane from the apartment Friday morning.

WTOP’s Kristi King shot this video of the plane being removed from the apartment building:

See more from NBC Washington below:

This story has been modified to correct the spelling of Geovanni Arteaga’s last name and the location of his home in proximity to the crash.

WTOP’s Kristi King, Lacey Mason and The Associated Press contributed to this story. Follow @kingWTOP, @LaceyWTOP and @WTOP on Twitter.